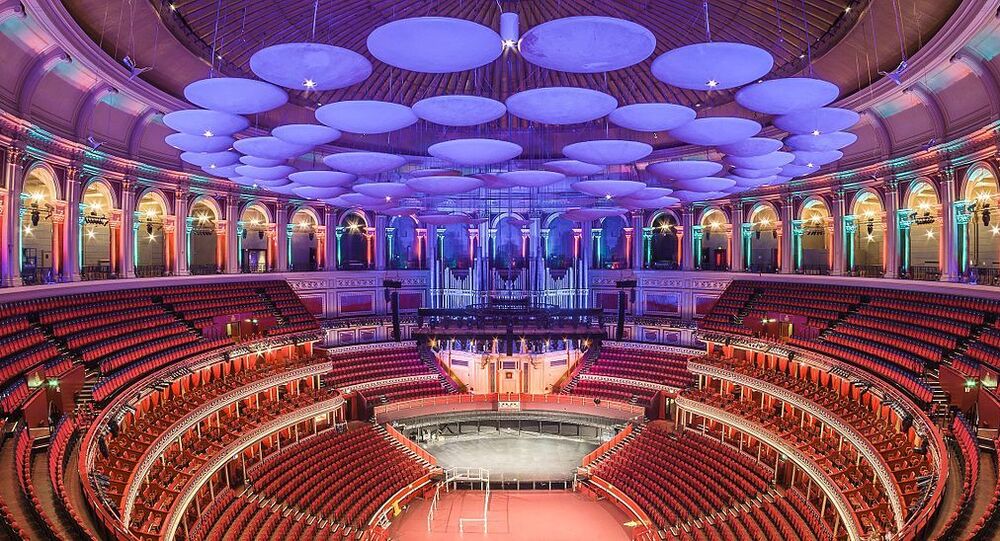 The Royal Albert Hall will hold a major performance unlike any of its kind in the venue's 150-year history to commemorate the 75th Victory Day at 18:00 GMT. The event promises to be a powerful rendition of classic songs celebrating the sacrifices of veterans across the United Kingdom and the Allied victory over Nazism on the Western Front.

The Royal Albert Hall, named by Queen Victoria after her late husband, Prince Albert, remains one of the UK's most iconic concert venues hosting leading acts from across the world since opening its doors in 1871.

Royal Albert Hall chief executive, Craig Hassall, discussed the unprecedented Victory Day performance and its significance, including ways people can continue to support the arts, amid the ongoing COVID-19 pandemic.

Sputnik: What is special about the RAH's 75th VE Day performance? What is its significance and does it symbolise anything for your venue amid the ongoing pandemic?

Craig Hassall: This is the first behind-closed-doors performance in the Hall’s 150-year history. We had originally scheduled a VE Day performance for the 8 May, one of many shows which ultimately had to be cancelled due to the pandemic.

The Hall has always been a place of national celebration and commemoration, where poignant anniversaries are observed, and while we’ve staged ‘at home’ versions of other cancelled shows – with artists coming direct from their living rooms – that wouldn’t have been right for this event.

With the venue closed for the first time since the Blitz, we felt there was something incredibly powerful about staging a performance in an empty Hall. I also know that, for many, the words of ‘We’ll Meet Again’ have taken on a special significance in recent weeks, especially after being used by Queen Elizabeth II in her recent address to the nation, and it seemed fitting that Katherine Jenkins should perform that song as a virtual duet with Vera Lynn.

The event promises to be an extremely moving communal experience for people all over the world.

Sputnik: What kinds of support was provided to the venue and artist Katherine Jenkins OBE during the course of rehearsals?

Craig Hassall: It has involved a huge amount of planning, with the safety of everyone involved – artists, crew and staff – of paramount importance. We have a fantastic relationship with Katherine and were thrilled that she wanted to be involved.

The help we have had from her team, promoter Snappin’ Turtle, the Soldiers, Sailors, Airmen and Families Association (SSAFA) armed forces charity, YouTube and the Mayor of London’s office in making this event happen, has been truly extraordinary and we’re so grateful to them.

Sputnik: How has the Royal Albert Hall been affected by the COVID-19 lockdown, and how can people support the venue in these difficult times?

Craig Hassall: We are facing enormous financial challenges at the moment. From March to May, we would have expected to take in around £8.5m, instead we refunded £3m in tickets.

For the first time in its history. A CONCERT BEHIND CLOSED DOORS. Join us for our #veday75 commemoration @royalalberthall with @katherinejenkinsobe @mayorofldn @tbimedia @youtube raising money for this iconic venue and @ssafa_armedforcescharity. Watch the live stream from 6pm this Friday 8th May 🎥 Link to watch in our bio 👆 #veday75 #londontogether #digitalevent #onlineevent #lockdown #athome #stayhome #staysafe

We’re doing our best to keep entertaining the world during our closure, but our famous building is at risk, and the show can’t go on without support and donations. So now is really the chance for anyone who loves this place to show their appreciation and help us protect the future of the Royal Albert Hall.

Sputnik: What kinds of feedback have you received from audiences watching the online streams? Do you believe such performances will inspire interest in the arts amongst new demographics once the lockdown has been lifted?

Craig Hassall: We’ve had an incredible response to the Royal Albert Home series so far, with shows being streamed more than half a million times and audiences getting in touch from Kentucky to Kazakhstan to tell us how much the performances have meant to them during a difficult time.

The Hall exists promote a love of the arts and sciences, and during the closure this project has become a central part of that. It’s a new way for us to reach audiences – opening up our events to anyone with an internet connection – and something that we’re committed to continuing even after our re-opening.

Please visit the Royal Albert Hall website for more information, including show times and ways to donate to the historic venue.