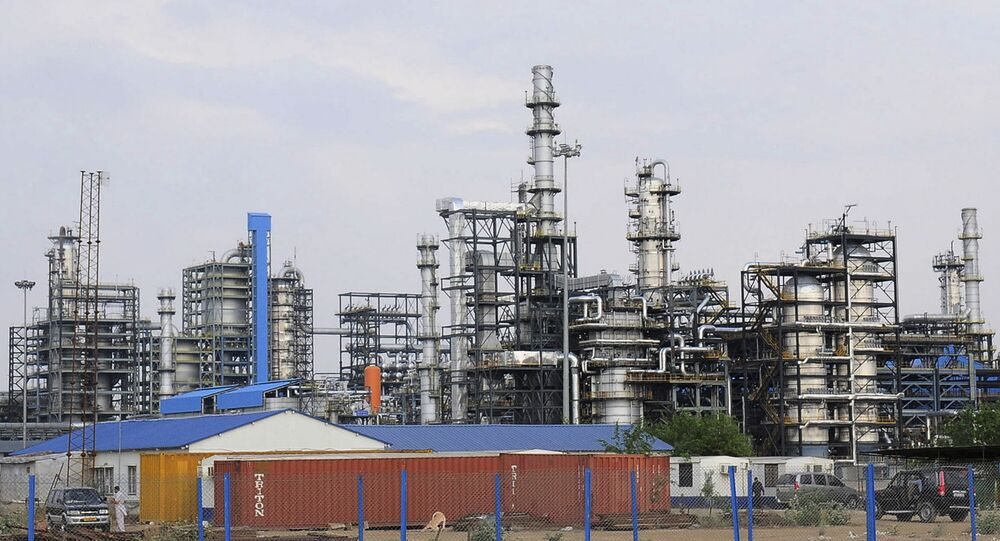 When the West Texas Intermediate (WTI) crude oil futures on the New York Mercantile Exchange (NYMEX) turned negative at nearly -$40 a barrel in April-May of last year, the ripple effects were felt on the Indian exchange, which also pegged the price in the negative. However, under Indian law, no commodity can be traded in the red.

Nearly a million small-time investors on Wednesday submitted memorandums at the offices of the Multiple Commodities Exchange (MCX) in Mumbai and Delhi (regional office) demanding the reversal of a federal order, seeking a settlement of almost $70 million from them over a negative settlement price on oil contracts.

"Small-time investors in India have got a big shock. The MCX has cheated us. The crude oil settlement was negative, at -INR 2,884 ($38.58), on 21 April last year. The price of any commodity can't be negative, as per Indian law. There isn't any such provision in MCX's software either", Sanjeev Jain, one of the investors, told Sputnik.

The MCX, headquartered in Mumbai, is India's oldest listed exchange and conducts online trading of commodities, including gold and crude oil among others. Its bosses report to the federal Finance Ministry.

According to documents seen by Sputnik, the MCX passed two orders, one on 20 April, which settled the price of crude futures at INR 965 ($14) per barrel for a lot of 100 barrels. The price of commodities is settled every month, as per regulations. The other order, published on 21 April, regulated the "interim" settlement price at 1 INR per barrel, therefore debiting 1 INR from the investors' account.

"On this ground, the brokers debited INR 288,500 ($3,800) from our account per lot without issuing us any contract note. This washed out our total capital and we were put in debt", complains Jain.

"For the negative settlement, the broker has neither issued a final settlement contract note nor any bill. The broker has also not accounted this loss in his client's profit and loss account", the investor alleges.

While Jain notes that the price of contracts traded on MCX are linked to those on the New York Mercantile Exchange (NYMEX), he claims that the Indian exchange was "duty-bound" to provide information to Indian investors about the negative pricing settlement as it was unprecedented under Indian law.

Also, a key difference between the settlement of contracts by NYMEX and MCX is that the former relies on a delivery contract price while the latter settles it through a non-delivery mechanism (settled in cash and not by delivery).

"NYMEX and MCX signed a memorandum of understanding (MoU), as per which the American exchange must provide information about the possibility of negative pricing. But the executive directors of MCX kept this information confidential under a scheme and didn't prepare the MCX for the fallout of negative pricing", he alleges.

Jain, along with other complainants, alleges that "only five to six investors" sold their contracts on the MCX before 20 April, which he claims reeks of "collusion" between them and the MCX's directors.

The aggrieved investors, spread across India, have filed more than a dozen cases across different high courts in the country, including the Delhi and the Mumbai High Court. In response, the MCX and the Securities and Exchange Board of India (SEBI) have approached India's Supreme Court, demanding a stay on all investor petitions and calling for all of the cases to be clubbed and transferred to the Mumbai High Court.

SEBI is responsible for regulating commodities and share trading in the country.

The Supreme Court is yet to give its ruling on SEBI and MCX's stay petitions.

Jain says that the next hearing at the Delhi High Court is scheduled for 12 July. "We don't expect a decision on our complaints yet, because the Supreme Court is yet to rule on the petition by SEBI and MCX," he, however, says.