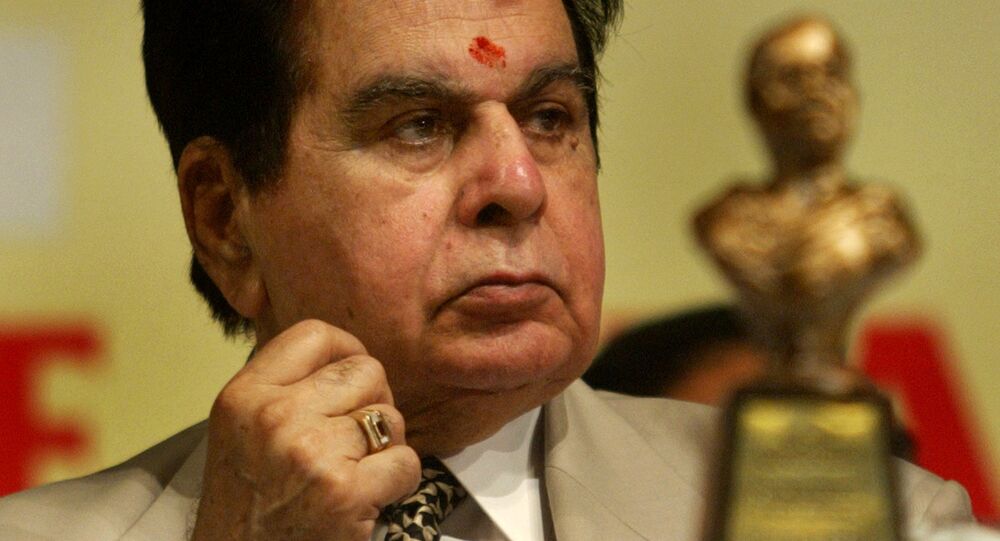 Legendary actor Dilip Kumar aka Muhammad Yusuf Khan was considered one of the last surviving actors from the "golden age of Hindi Cinema". From being called the "First Khan" in Bollywood to the King of Tragedy and an "ultimate method actor", Dilip reached great heights and won millions of hearts worldwide.

Bollywood woke up to the shocking news of the demise of legendary actor Dilip Kumar, 98, due to a prolonged illness at 7:30 a.m. on Wednesday.

The iconic actor was admitted last week to the intensive care unit (ICU) of the Hinduja Hospital in Mumbai.

With a heavy heart and profound grief, I announce the passing away of our beloved Dilip Saab, few minutes ago.
We are from God and to Him we return. - Faisal Farooqui

Kumar was born on 11 December 1922 in Peshawar (present-day Pakistan). His father was a landlord. At a very young age, Dilip ran away from his home to Maharashtra in India, where he started selling sandwiches at a canteen within an army club in Pune.

After completing his schooling at the Barnes School in the state's Nashik, he started working at the international daily Bombay Talkies in 1942 as a story and script writer.

It was actress Devika Rani who convinced him to change his name from Muhammad Yusuf Khan to Dilip Kumar. She gave him his first big break as a lead in Bollywood movie, "Jwar Bhata" (1944).

Following that incident, there was no looking back for him. He experienced various highs and lows throughout his journey. After struggling for five years, Dilip tasted success with the movie "Andaz", starring alongside legendary actors Raj Kapoor, and Nargis.

He became the highest-paid actor of his time but also briefly suffered from depression due to the tragic roles he portrayed in movies, earning him the name of Bollywood's King of Tragedy.

The iconic Bollywood magnum opus "Mughal-E-Azam" became the highest-grossing movie in the Indian film history during his time. He holds a Guinness World Record for winning the highest number of awards by an Indian actor.

Over his six-decade career, he won millions of hearts, while inspiring several generations of actors including Shah Rukh Khan.

While veteran superstars Amitabh Bachchan and Shah Rukh Khan describe him as one of the "greatest actors ever", the late legendary filmmaker, Satyajit Ray, called him "the ultimate method actor".