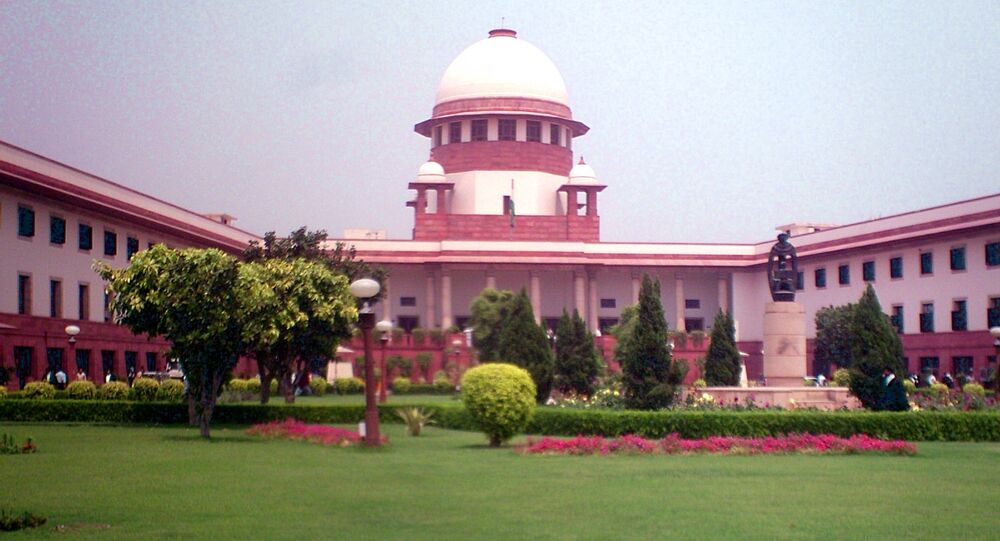 Calling a piece of legislation "vague", "unconstitutional", and a "violation of free speech", India's top court had earlier struck down certain sections of the law. A study conducted by two Delhi High Court lawyers later found that the scrapped law was still being used by the federal government to book people.

India's Supreme Court on Monday slammed the Prime Minister Narendra Modi-led federal government and police for registering over 1,000 cases under a section of the Information Technology (IT) Act that was scrapped in 2015.

A bench of justices, including R. F. Nariman, K.M. Joseph, and B.R. Gavai issued a notice to the federal government on an application filed by the NGO "Peoples Union For Civil Liberties".

"Amazing. That's all that I can say. What is going on is terrible", observed Justice Nariman.

In a landmark judgment, the Supreme Court in 2015 had struck down Section 66A of the IT Act.

Section 66A was used to punish "online communication" considered to be grossly offensive and menacing. The controversial section was first challenged by a law student named Shreya Singhal after two women were arrested in Mumbai in 2012 for posting comments critical of the political party Shiv Sena.

The federal government's Attorney General K.K. Venugopal argued that even if the provision has been struck down, it is still mentioned in the Act.

He added that "when the police have to register a case, the section is still there and only has a footnote that the Supreme Court has struck it down".

Lawyer Sanjay Parikh, who appeared for the petitioner, told the court "please look at how cases have increased and people are suffering".

Parikh claimed that prior to the scrapping of the law there were 229 pending cases, but since then 1,307 new cases had been registered. The majority of the cases were registered in Shiv Sena-governed Maharashtra, Congress Party-governed ruled Rajasthan, and Jharkhand Mukti Morcha-governed Jharkhand, and BJP-governed Uttar Pradesh.

The apex court has asked the Modi government to file a counter-affidavit within two weeks.