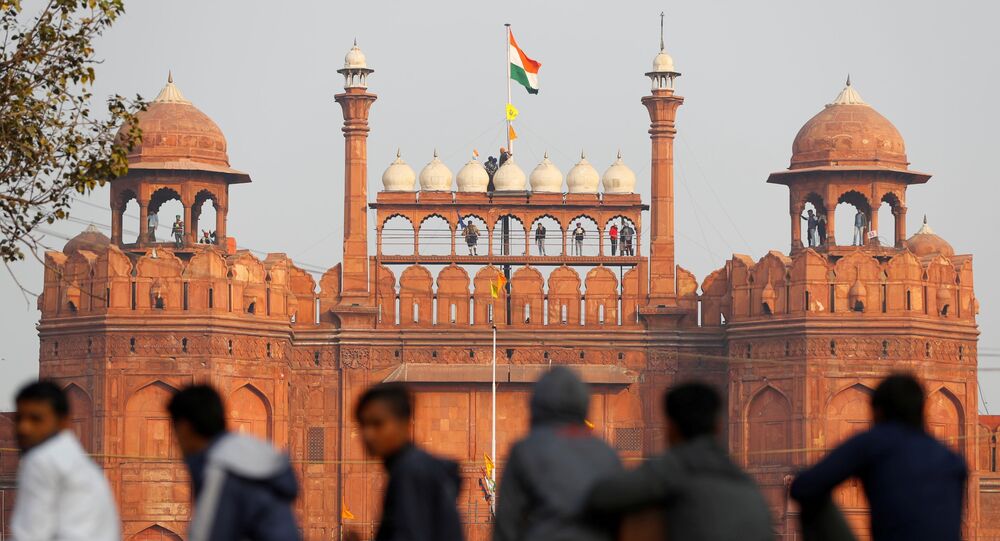 "The Foreign Secretary summoned the British High Commissioner and conveyed strong opposition to the unwarranted and tendentious discussion on agricultural reforms in India in the British Parliament. The Foreign Secretary made it clear that this represented a gross interference in the politics of another democratic country. He advised that British MPs refrain from practising votebank politics by misrepresenting events, especially in relation to another fellow democracy," the ministry said in a press release.

During Monday's debate, several UK lawmakers expressed concern over the safety of protesting Indian farmers and the journalists covering the demonstrations.

The controversial laws were passed by the parliament in September to give farmers the freedom to set prices for what they produce on their own and trade directly with private businesses without the government's middleman, the Agricultural Produce Market Committee.

© AP Photo / Anupam Nath
Tractor-Driving Rahul Gandhi Protests Against Farm Laws in India's Kerala - Photo, Video
Although shorter supply chains are generally considered a good thing, the Indian regulator also used to supervise the balance between supply and demand. Farmers now fear that a freefall supply would drive prices down and the abolition of government-assured minimum prices would give private buyers the upper hand to manipulate prices even more.

The government and farming unions have held eight rounds of talks over the past months to resolve the issue — the authorities refused to revoke the laws but said that they were open to amendments, whereas farmers rejected anything other than the repeal of the laws.