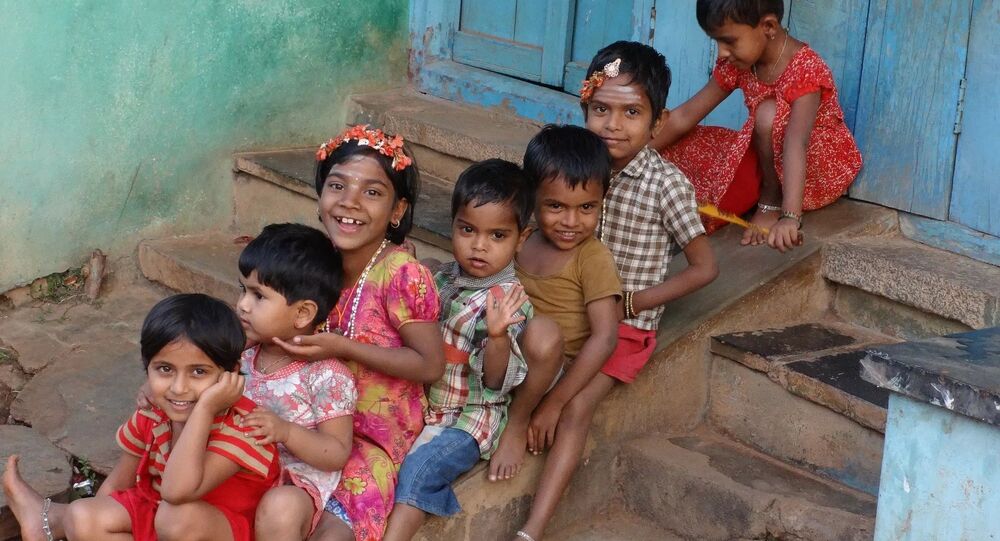 According to official statistics, India has a population of more than 1.3 billion, making it the world's second-most populous country after China (1.41 billion people). According to estimates from the United Nations, India's population may overtake China's by 2026.

The Law Commission of India’s Uttar Pradesh state has declared that it is working on legislation whereby the benefits of state government welfare programmes will be confined to those with no more than two children.

The plan is to give inhabitants of Uttar Pradesh - which with a population of 204 million is the most populous state in the country - the incentive to take part in population control.

"The draft law will be prepared in two months after consultation with stakeholders and public policy experts," Aditya Nath Mittal, chairman of the Uttar Pradesh State Law Commission, told reporters.

He said that couples with more than two children will not be punished but they will not get benefits under government programmes.

Significance of Law in Uttar Pradesh

The decision comes at a time when the legislative assembly polls are just months away. According to the 2011 census, 79.73 percent of the state's population consist of Hindus and 19.26 percent are Muslims. The State is led by Hindu monk and BJP leader Yogi Adityanath.

The state’s law commission will also examine what tools the Chinese used to control their population and how birth control policies have worked in the Indian states of Assam, Rajasthan, Gujarat, and Madhya Pradesh.

People, who have more than two children, are barred from contesting rural and municipal level elections in Indian states such as Maharashtra, Gujarat, Andhra Pradesh, and Telangana.

In Assam, Rajasthan and Madhya Pradesh, candidates with more than two children are ineligible for government jobs.

The BJP, basically a Hindu-inclined party, has always expressed its concern about the growing need for smaller families.

Since 2013, the BJP’s parental organisation, Rashtriya Swayamsevak Sangh (RSS), has shown its support for population control.

In 2019, BJP politician Rakesh Sinha, a well-known policymaker in the RSS, introduced the Population Control Bill in parliament, calling for action against people with more than two living children. The Bill is still pending.

Many Muslims leaders have claimed that the BJP has been constantly expressing a sense of anxiety about the rise of the Muslim population in the country.

Last week, when BJP-ruled India’s north-eastern state of Assam announced that it will gradually extend the two-child policy rule to let people avail themselves of government schemes and contesting local elections, it drew sharp criticism from the head of the All India Majlis-e-Ittehadul Muslimeen (AIMIM) party, Asaduddin Owaisi.

​Mohit Pandey, an Uttar Pradesh-based psephologist, thought that the idea of a “population explosion” lends credence to the country's already surging anti-Muslim sentiment.

“This, in turn, has been erected on false concerns that the population of Muslims in India is quickly outpacing that of Hindus, fanned by communal statements by prominent political leaders, such as BJP leader Giriraj Singh," he stated.

Pandey has also warned that such a policy may further worsen the sex ratio in the state.

"Uttar Pradesh has a sex ratio of 908 girls for every 1,000 males in comparison with the national average of 943 (for 1,000 males). The two-child policy may lead to more cases of foeticide. The policy should focus on local issues too," Pandey said.

In many traditional families in India, a boy child is preferred to a girl child.

According to the World Bank, India's population is growing at a rate of 1.13 percent annually.

The demand for population control in India echoes China's One Family, One Child policy.

Introduced in 1979, it limited Chinese families to having one child. Couples who violated the policy faced various punishments, including fines, dismissals from work, and forced abortions. The Chinese government claims the policy helped the country to achieve 400 million fewer births over 36 years.

In 2015, the Chinese government ended the policy, allowing couples to have two children, and in 2021, they allowed three children.