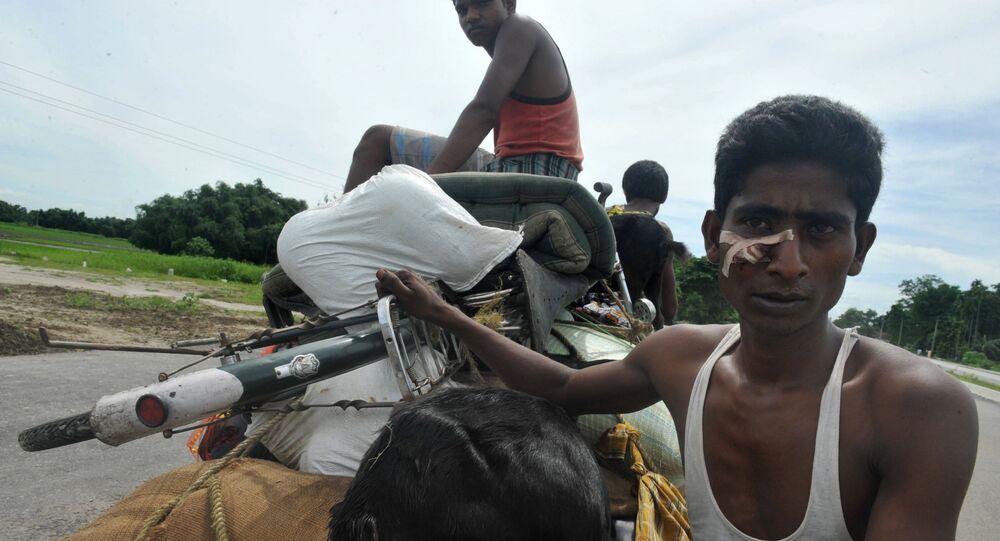 In 2016, the Bharatiya Janata Party (BJP) created history by winning a massive mandate in Assam assembly elections, coming to power in the state for the first time. Ever since, the Hindu nationalist party has been expressing a constant sense of anxiety about the rise of the Muslim population in the state.

His remarks come amidst the backdrop of the eviction of 200 squatters, mostly immigrant Muslims, drawing criticism from some opposition politicians. The Bengali-speaking Muslims in certain parts of Assam are considered illegal Bangladeshi immigrants by the state government. Immigrant Muslims comprise around 31 percent of the state's 30.2 million people.

The state chief, who has just completed his first month in office, urged the minority-based political party All India United Democratic Front (AIUDF) and All Assam Minority Students' Union to work on population control. Sarma said a population policy was already in the works and the government would implement it soon.

The fertility rate, or the number of children born per woman, is 4.36 for Muslims compared to 2.59 for Hindus. This means that for every 1,000 women, Muslim women have 1.7 times more children.

In 2019, the state cabinet, headed by Sarbananda Sonowal, adopted a two-child norm for government jobs. The measures were supposed to become effective from January 2021.

Sarma's remarks were quickly met with criticism from the opposition, who view the move as being in line with India's governing Bharatiya Janata Party's "anti-Muslim approach".

"This is Hindutva-speak for blaming the poor and marginalised". "Your govt should worry about skewed sex ratio due to barbaric practice of sex-selective abortions. It's projected that even in 2036 Assam's sex ratio will still be seriously skewed in favour of men. There's a clear need to fight against underlying sexist cultural ideas", Owaisi said.

​Assam shares a rough 160-mile border with Bangladesh and has been entangled in decades of agitation over the continued presence of "illegal immigrants" from India's neighbour.

In a bid to identify and deport the immigrant Muslims from Assam, an organisation called Assam Public Works filed a petition before the Supreme Court of India in 2013. The petition expedited the process of building the National Register of Citizens (NRC), where citizenship would be granted to those with proper documentation. However, more than 1.9 million people, including over 100,000 Hindus were left out of the last draft, published in August 2019. The final NRC will be published by the Registrar General of India.