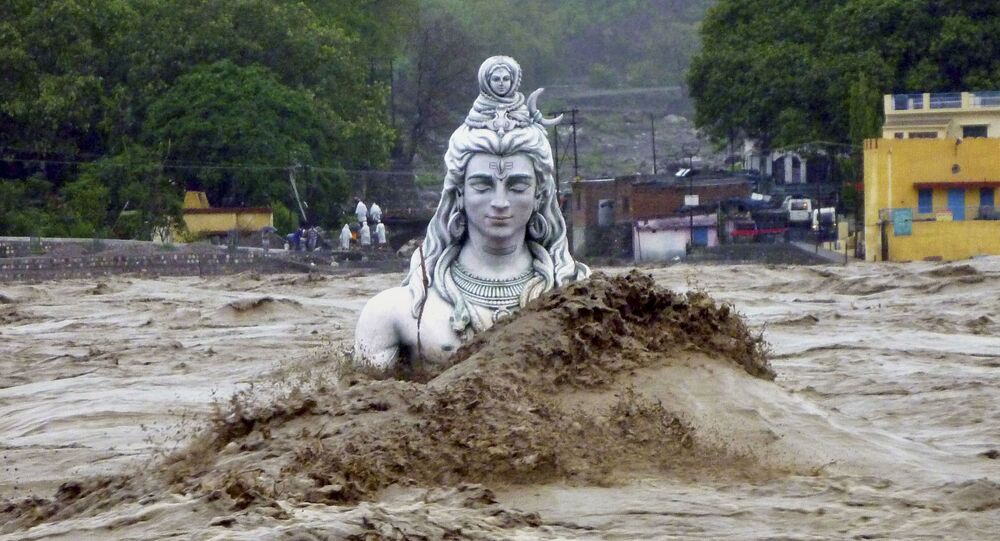 On 7 February 2020, the Himalayan state of Uttarakhand was devastated after a wall of rock and ice collapsed and formed a debris flow that barreled down the Ronti Gad, Rishiganga, and Dhauliganga river valleys. The massive flood damaged houses and nearby power projects.

A team of 50 scientists has revealed the reason behind the mysterious and deadly flood that rushed through a valley the Indian state of Uttarakhand in February. The massive flood washed away two hydroelectric power plants, leaving at least 200 people dead or missing. The cause of the flood has remained a mystery until now.

According to the researchers, a massive avalanche of rock and glacier ice tumbled 1,800 metres down the steep slope of Ronti Peak, setting off a cascade of events that led to the disaster. The scientists compiled the data and published their report on Thursday. The report is based on evidence from satellite images, seismic records, and eyewitness accounts.

"This was no ordinary landslide. This was a multi-hazard scenario where it was much more fluid and mobile than a landslide would be expected to be. It was a worst-case scenario of rock and ice and height of the fall", Daniel Shugar, a geomorphologist at the University of Calgary in Canada told the media.

© AP Photo
Uttarakhand Flood: Eyewitness Says Swollen River Wiped Out Everything in its Path
Shugar also said that a well-known high mountain hazard called a glacial lake outburst flood was initially suspected as being the "culprit". But what little data was available in the immediate aftermath pointed to a possible landslide instead, Shugar said.

Reportedly, after the disaster, he and his colleagues used numerous sources of data as well as computer simulations to reconstruct what happened that day.

"Starting around 10:21 a.m. local time on February 7, about 27 million cubic metres of rock and ice fell from the steep north face of Ronti Peak, which stands 6,063 metres above sea level. The landslide, consisting of about 80 percent rock and 20 percent ice, originated at a height of about 5,500 metres and tumbled downslope about 1,800 metres, travelling at a speed of up to 60 metres per second", the study revealed.

The study further stated that as the landslide then rushed down the Ronti Gad stream, wet material splashed up the valley's sides, depositing sediment and large boulders on the valley's walls. Satellite images also captured thick blankets of airborne dust and this is the first indicator that a landslide might be the culprit.

The scientists claimed in the study that the ice began to melt due to friction, as the landslide continued downhill. "Then, the landslide encountered a sharp bend in the valley, and much of the solid material dropped out, shifting it from a thick, viscous flow to a faster-moving, more fluid flow. These rushing waters were now on their way to the two hydroelectric power plants in their path downstream. Eyewitness accounts saw only this part of the flood", the study stated.

Yet, it is still unclear what role climate change might have played in this disaster due to the lack of weather stations near the site of the original slope failure. Moreover, Shugar additionally stressed that increasing development in the mountains compounds the likelihood of a disaster.