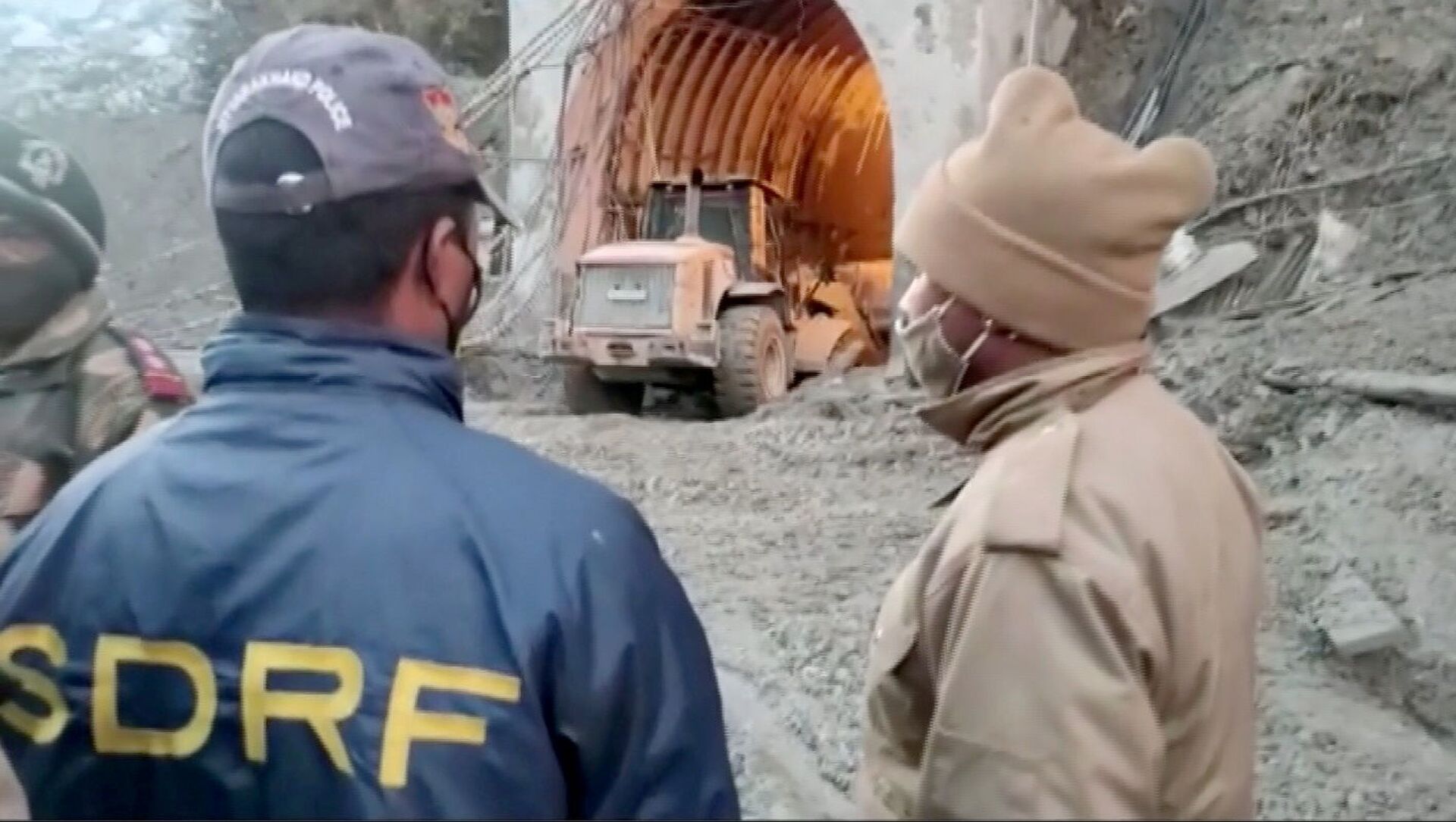 Priya Yadav
All materials
It's a race against time as rescue workers look for over 200 people still missing after serious flooding in the Indian state of Uttarakhand crashed on Sunday morning. The water swept away hydroelectric power projects and five bridges.

The death toll following the flooding that struck Uttarakhand’s Chamoli district on Sunday has risen to 31, with over 200 still missing. Rescuers worked through the night to clear debris in an attempt to reach a 1,900 metre-long tunnel where nearly 35 people are believed to be trapped. There has been no contact with those inside.

"We have reached up to 120 metres inside the tunnel. We are short by another 60 metre to reach the link where we are anticipating the presence of people," Indo-Tibetan Border Police officer Manoj Singh Rawat said.

Engineer Task Force #IndianArmy has completed clearance of 100 metres of the Longer Tunnel. The immediate task is to reach Safety shaft, which is located further 80 metres away. #IndianArmy#StrongAndCapable pic.twitter.com/i3BA2XV063

​Indian Home Minister Amit Shah told the Indian Parliament on Tuesday afternoon that as many as 450 soldiers from the Indo-Tibetan Border Police, five teams of National Disaster Response Force, eight teams of Indian Army, a Navy team, and five Indian Air Force helicopters have been deployed.

Amit Shah: BRO is repairing five broken bridges. All necessary steps are being taken.
Chairman Rajya Sabha, M Venkaiah Naidu asks all members to stand in silence in memory of those missing in the disaster. pic.twitter.com/hnRt7QOHzk

So far 12 people have been rescued from another tunnel in the area where labourers were working on a hydroelectric project. They have been taken to hospital. They said a deluge of water, debris, and slush burst into the tunnel as they were forced to hang onto metal bars on the tunnel's ceiling to survive.

CM @tsrawatbjp being briefed by @ITBP_official about the relief and supply operation with the help of civil administration to cut off villages at Lata Helipad and control base. Sh M S Rawat, ADG Western Command ITBP also seen.@ndmaindia @PIB_Indiapic.twitter.com/KUljfATwJQ

​Trivendra Singh Rawat, state chief of Uttarakhand, has urged the Modi government to deploy more scientists and geologists to find the exact cause of the incident.

​A bridge in the Tapovan area that connected 13 villages has also been washed away. Food, essential goods, and medicine has been air dropped by the Indian Air Force in the cutoff villages.

​The Uttarakhand government says the water is receding and there's now no danger of flooding in the lower areas.

#NewsAlert | ITBP DG gives a comprehensive briefing to the Home Ministry on the extent of damage to the strategic assets due to the flash floods & the glacial burst in Uttarakhand.

The total damage caused due to the destruction of two power projects in Tapovan is estimated at about $20 million.