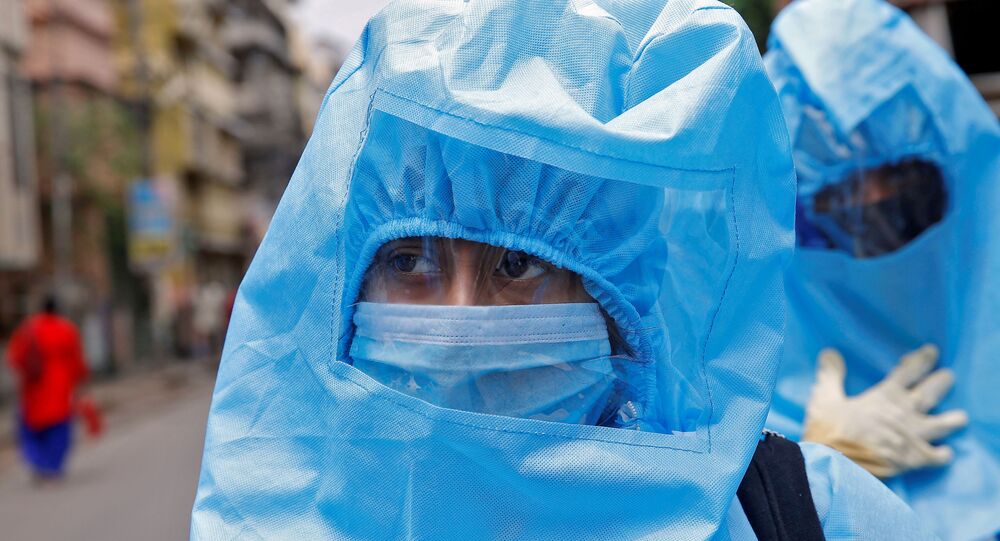 Madhya Pradesh has been one of the worst affected Indian states during the second COVID-19 wave. But it faced another crisis when junior doctors from six government medical colleges called a strike en masse after the government refused to meet their demands for a pay rise and ensure free COVID treatment for them and their families.

Thousands of junior doctors who have been on strike for the past week in India’s Madhya Pradesh state ended their industrial action on Monday after the state government agreed to raise their stipend and review their pay periodically.

State Medical Education Minister Vishwas Sarang told the media: "The government urged the Junior Doctors Association (JUDA) to call off the strike first after which the government will hold talks. I am happy to say that they agreed and we in turn have agreed to raise their stipend by 17 percent.”

The strike ended after several rounds of talks between the state government and the protesting doctors.

Arvind Meena, President of the Junior Doctors Association of Madhya Pradesh, said that they had a discussion with Minister Sarang who accepted some of their demands. "We have also asked the minister to give written assurances. Caring for patients is our priority and we called off the strike after the government's assurance.”

The junior doctors had been on strike since 31 May to press for several demands including a rise in stipend, free treatment for them and their families in the event of contracting COVID-19 and their safety at hospitals.

Good news!
Our following demands have been accepted:
1. Stipend increment to 17%.
2. Annual increment as per CPI.
3. Committee will be formed for covid incentive, fee waiver off and bond
4. A 10 point Gazzeted certificate for covid warriors.

On Thursday, around 3,000 junior doctors resigned from their post after the State's High Court termed their strike illegal and ordered them to return to work within 24 hours. The High Court also directed the state government to take action against junior doctors if they failed to report to duty.

After the court’s order, doctors were served with notice of suspension and evicted from hostels.

According to the State Health Department, Madhya Pradesh has registered more than 7.8 million COVID cases and around 8,500 people have died from the virus.