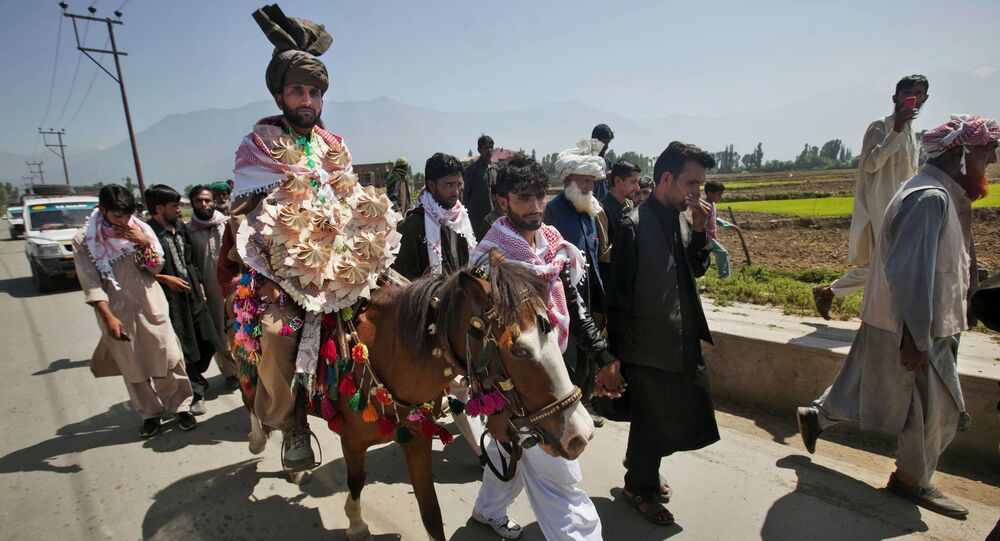 According to Indian culture, a groom rides a horse in procession to his bride's house on his wedding day. But the Dalits, or so-called Untouchables, who are right at the bottom of India's archaic caste system and who number about 350 million, have been denied this privilege for as long as anyone can remember.

A man from the Dalit community (Indians who make up the lowest stratum of the country's archaic caste system) in Uttar Pradesh state has asked for police protection so that he can ride a horse to a nearby temple for his pre-wedding rituals.

The groom - Alakhram Ahirwar from Mahoba city - has approached the local police so that he can use a horse at his wedding on 18 June.

"The groom had applied in writing stating that he wanted police protection. We have given him permission so he can fulfil his wish," a police officer at the Mahobkanth station house, Sunil Tiwari, told reporters.

This move comes after the rising number of cases of caste atrocities against the Dalits have come to light. Several grooms from the community have been physically assaulted by upper caste men in northern India, just for riding a horse on their wedding day. And despite the fact that caste-based atrocities and abuses are punishable in India under the SC/ST (Prevention of Atrocities) Act, these violent attacks continue unabated.

Even a Dalit from the army was subjected to verbal and physical abuse when he rode a horse to his bride's house in Gujarat, the home state of Indian Prime Minister Narendra Modi.

According to locals of Ahirwar's village, it will be the first time since India's Independence in 1947 that a Dalit man has ridden a horse in the region.

The village has also "given consent" to the Dalit man to ride a horse. "There is no objection from the panchayat [local government] as everyone has the right to ride horses irrespective of caste and religion," said village head Mahipat Shriwas.

Recently, a Dalit man was allegedly beaten up and forced to wear a garland of shoes for befriending a girl from another caste in Madhya Pradesh.

In 2018, a 21-year-old Dalit youth was hacked to death in Gujarat by three men from the upper caste for owning and riding a horse. Keeping a horse is a costly affair that Dalits - one of the most marginalised communities in the country - often can’t afford. However, when they do own a horse it is “considered” an act of rebellion against the upper caste who persist in outmoded beliefs of what is right.

Earlier in the Sixties Dalits were attacked when they were discovered to be breaking caste codes such as wearing dhotis, putting on turbans and not dismounting from their bicycles while passing through upper caste neighbourhoods.