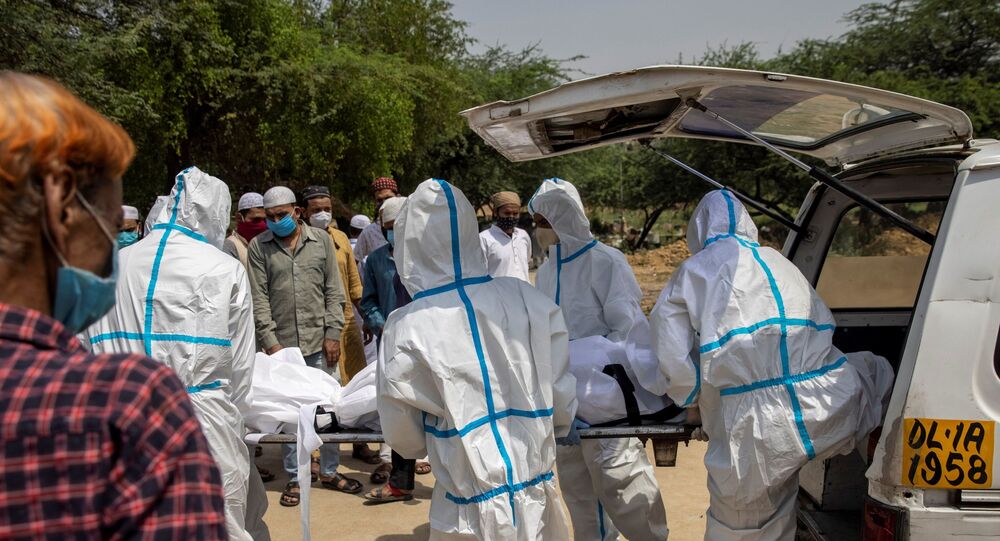 Earlier last week, Prime Minister Narendra Modi virtually met with the officials of Indian states to review the Coronavirus situation of the nation. During the meeting, PM Modi instructed the state officials to escalate the vaccination drive in their respective regions, emphasizing on the importance of breaking the chain of COVID infections.

Plagued by misinformation and fears around the vaccine, the residents of a central Indian village, Malkhedi, attacked a team of 10 healthcare workers and people from the local administration, refusing to get vaccinated, Indian media reported on Tuesday. The village, which is home to over 400 people, is located in Madhya Pradesh (MP) state, close to the city of Ujjain.

Talking to the media, Shakeel Qureshi, a man from the administration team who was injured in the attack, narrated the timeline of events. At least 25 men and several women from the village abused and physically attacked the health and security officials – adamantly saying that they refused to be vaccinated.

After Qureshi was hit in the head with a baton, the healthcare officials fled the spot. Local polic arrested two people who were part of the aggressive mob and are still investigating the matter, the media reports added.

The team visited Maklhedi because they had received information that residents of the village were not ready to get vaccinated.

Previously, on five separate occasions, healthcare professionals have visited the village to carry out the vaccination drive against COVID – but no village resident agreed to get inoculated.

However, Anu Jain, the administrative official leading the team who was attacked by villagers later got four village heads on board for the vaccination, aiming to set an example for the rest of the population.

Sputnik tried reaching out to police officials from the area but is still awaiting a response.

This is the second consecutive incident of exceptional vaccine hesitancy in rural India that has come to light in the past few days.

Over the past weekend, around 200 residents of Sisaunda village in Uttar Pradesh (UP) state ran around their village and eventually jumped into the Sarayu river – trying to escape getting vaccinated.

© AP Photo / Rajesh Kumar Singh
Vaccine Awareness Hiked in Uttar Pradesh, India After 200 Jump in River to Evade ‘Poison Injection’
Talking To Sputnik, a village resident from Sisaunda said rural Indians fear that the vaccine could kill people. Gulshan Kumar from Sisaunda revealed that after vaccinated people contracted COVID in neighbouring villages, and some of them even died – the villagers’ confidence in the vaccine has nosedived.

Healthcare and administration officials in Madhya Pradesh are visiting villages to bust myths concerning vaccination against COVID, and similar teams are going around in the villages of UP also to make people understand the dire need for Indians to get innoculated.

Starting 1 May, India’s vaccination drive opened up for everybody above the age of 18. The country had begun vaccinating health workers and senior citizens starting 1 February.

At first, everybody aged between 18-44 was mandated to book vaccine slots in established centres nearby. To help digitally challenged Indians aged between 18-44 get inoculated, the government has now allowed them to walk in and book on-spot registration for vaccines in government vaccination centres without struggling to book slots online by themselves.