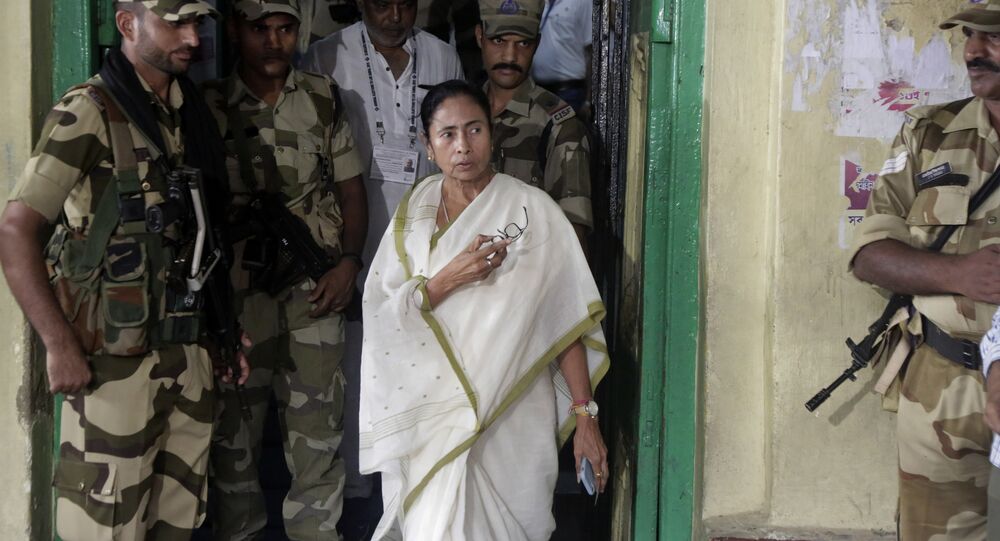 The political slanging match between Prime Minister Narendra Modi and West Bengal Chief Minister Mamata Banerjee has intensified with the former leaving no stone unturned in a bid to destabilise the new Bengal government.

India's top anti-corruption probe agency - the Central Bureau of Investigation (CBI) - on Wednesday named West Bengal state chief Mamata Banerjee as being culpable in the 2016 Narada bribery case for staging a demonstration at her office in the state capital Kolkata.

In a major development, the CBI, which is controlled by the federal government, has appealed to Calcutta High Court to transfer the Narada bribery case from West Bengal, as it accuses state chief Mamata Banerjee of creating terror to help those who have been arrested because of the case. On 19 May, Banerjee - who has just been elected state chief for the third time - said that the CBI would have to arrest her too after two Bengal Ministers and two legislators were arrested. She remained inside the CBI's Kolkata office for at least six hours protesting against their arrest.

The development comes after two Bengali ministers, Firhad Hakim and Subrata Mukharkjee, state legislator Madan Mitra and former legislator Sovan Chatterjee were arrested by the CBI on Monday. They were granted bail by a lower Court, which was denied by the High Court.

Representing the CBI, Solicitor-General of India Tushar Mehta on Monday evening told the division bench that an extraordinary situation had evolved, with the Chief Minister of the state sitting in protest outside the agency's office. The CBI also claimed that the law minister of the state was present in court, where the accused were to be presented, along with a mob.

Massive clashes had broken out between the supporters of Mamata Banerjee's Trinamool Congress and the security forces outside the CBI office. Later in the day, Trinamool minister Chandrima Bhattacharya filed a police complaint against the agency under the Disaster Management Act as the state is presently under lockdown.

Prime Minister Narendra Modi has faced heavy criticism for rushing in security forces from outside the state and arresting the state minister in charge of managing the pandemic as the number of cases continues to soar every day.

Meanwhile, a petition has been filed in the Supreme Court of India for the imposition of the President's rule under Article 356 of the Constitution in West Bengal in the wake of post-poll violence. The petitioner is also trying to get a special investigation team established to inquire into the killings of BJP supporters.

"Since the BJP could not win the election, they are trying every possible way to bring down Mamata Banerjee. Because of the pandemic, we are not taking to the streets to protest, but we will not let this continue. West Bengal is a peace-loving state and the BJP wants to create disturbance here at any cost. We will follow Mamata Banerjee and whatever action she takes next. We won't let a hindutva party take over the state," state minister Birbaha Hansda told Sputnik.

It is expected that recent actions by the CBI and state governor Jagdeep Dhankhar will further mobilise the opposition parties against the Narendra Modi government. Mamata Banerjee wrote a letter to 15 Opposition leaders in the country calling them to form a united front against the BJP at the national level which, after victory in the state election, has taken on even greater significance. “I am writing this letter… to convey my serious concerns over a series of assaults by the BJP and its government on democracy and constitutional federalism,” she wrote in her three-page letter in March.