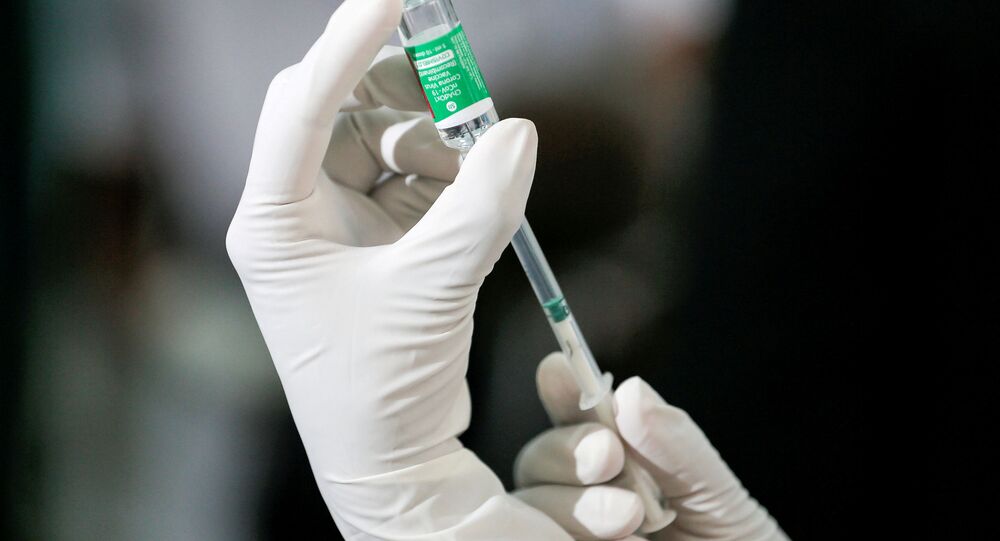 Recently, the Indian government has been at the receiving end of a barrage of abuse for exporting a large quantity of COVID-19 vaccines which have been made in the country to other nations.

Prime Minister Narendra Modi on Tuesday held a virtual meeting with field officials from different states while discussing the grim COVID-19 situation in India, and revealed that the federal ministry of health is constantly making efforts to increase the supply of COVID-19 vaccines around India.

“Continuous efforts are being made to increase the supply of COVID-19 vaccines on a large scale. The health ministry is streamlining the system and process of vaccination,” Modi said adding that attempts are being made to give a schedule of the next 15 days to the states in advance.

PM Modi, during his meeting with the state and district authorities, today noted that vaccination is the “strong way to fight COVID-19” and urged them to deny all the myths and fear-mongering they may come across in their region. He also stressed that vaccines must not be wasted.

Modi's statement comes as the national capital Delhi is cracking down on those who have criticised the prime minister's decision to export so many of the vaccines made in the country to foreign nations. There have been 25 arrests so far, including of auto rickshaw drivers whose vehicles carry critical posters. In a press conference, representatives of Delhi state chief, Arvind Kejriwal, said that poor people have been wrongly put behind bars.

Meanwhile, Delhi’s ruling Aam Aadmi Party (AAP) has claimed responsibility for these posters which read: “Modi ji, why did you send our kids’ vaccines abroad?”

Later, Delhi Police said in a tweet that they will be charging AAP member Arvind Gautam whose brainchild these posters are and who is at present “absconding”.

Police while patrolling to enforce Lockdown announced by DDMA, created by GNCTD, noticed walls in several areas being defaced by pasting posters. Accused persons on questioning told an AAP member & President of Ward 47, Arvind Gautam was behind it in Mangolpuri. He is absconding. pic.twitter.com/ACmTHQryZc

© REUTERS / DANISH SIDDIQUI
Ex-Indian FM Yashwant Sinha: Modi Government Directly Responsible for World's Worst COVID Surge
Sputnik contacted Chinmoy Biswas, Delhi Police's Public Relations Officer to discover what crimes these people have been arrested for and how long they will remain in custody but no answer has as yet been forthcoming.

According to government data, India has shipped 66 million doses overseas since January. Meanwhile, 175.2 million doses of the vaccine have been administered in India, fully vaccinating only 38.6 million people with two shots each, according to official figures.

Presently, the country is in its fourth phase of COVID-19 vaccinations and inoculation centres are now welcoming everybody above the age of 18 – except for pregnant women and lactating mothers.

India began the world's largest vaccination drive on 1 February, starting with jabs for healthcare workers, then senior citizens above the age of 60 and then people aged between 45-59.