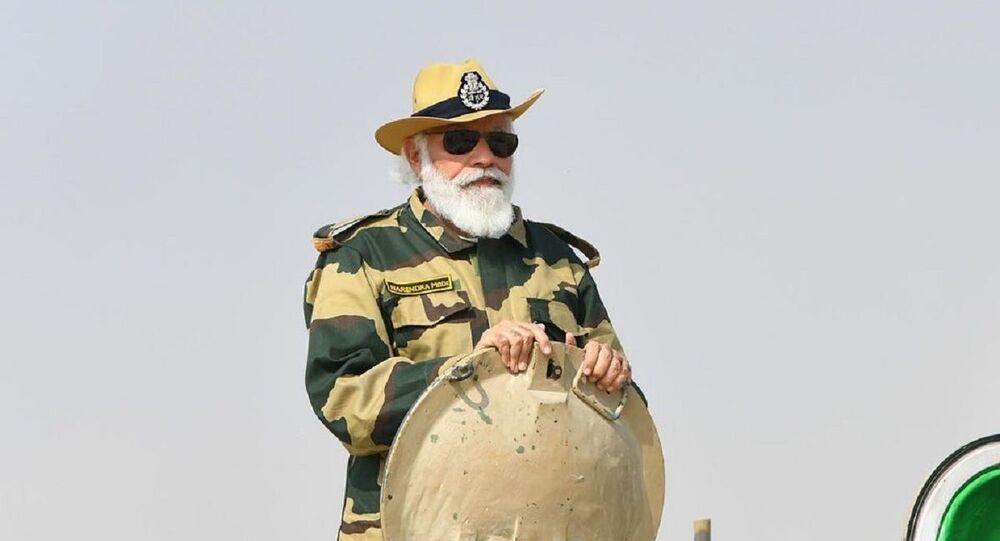 On Thursday, Delhi police received information about the posters criticising Indian Prime Minister Narendra Modi. The posters were found in different parts of Delhi, following which officials registered a complaint and initiated an investigation.

At least 17 people have been arrested, and 21 police reports have been registered for allegedly spreading posters critical of Prime Minister Narendra Modi and his decision to send COVID-19 vaccines to foreign countries amid a shortage of jabs in his own country.

​The posters read in Hindi: "PM Modi, why did you send our childrens' vaccines to foreign countries?"

Are these the posters that people in Delhi have been arrested for? pic.twitter.com/HpX1fuzfXm

​An east Delhi police official has confirmed that they have recovered more than 800 similar posters. The arrests were made across Delhi, suggesting the operation was a coordinated action.

It is not yet revealed if any political party is involved in the act.

Indian Prime Minister Narendra Modi and his ruling Bharatiya Janata Party (BJP) are currently facing sharp criticism from the media, activists, political parties, and citizens for the way they handled the surge of COVID-19 cases in April.

© REUTERS / DANISH SIDDIQUI
Ex-Indian FM Yashwant Sinha: Modi Government Directly Responsible for World's Worst COVID Surge
Almost every international media organisation has criticised the Narendra Modi government for turning the COVID crisis into an apocalyptic situation. Over the past few weeks, stories from India dominated social media, too, highlighting how people are in desperate need for hospital beds, oxygen and basic facilities. There's no space to bury or cremate those who succumbed to the virus either, with crematoriums working beyond their capacity every day.

When the number of coronavirus cases was rising, the BJP government neither stopped religious gatherings of thousands of people at the Ganges river banks to celebrate a Hindu festival, nor did his government insist on postponing or scaling down a month-long election process in West Bengal. They campaigned unmasked at massive rallies, gathering thousands of people there.

Meanwhile, according to media reports, India has provided the COVID-19 vaccine to more than 90 countries and by the end of March, it had exported more jabs than it administered within the country.