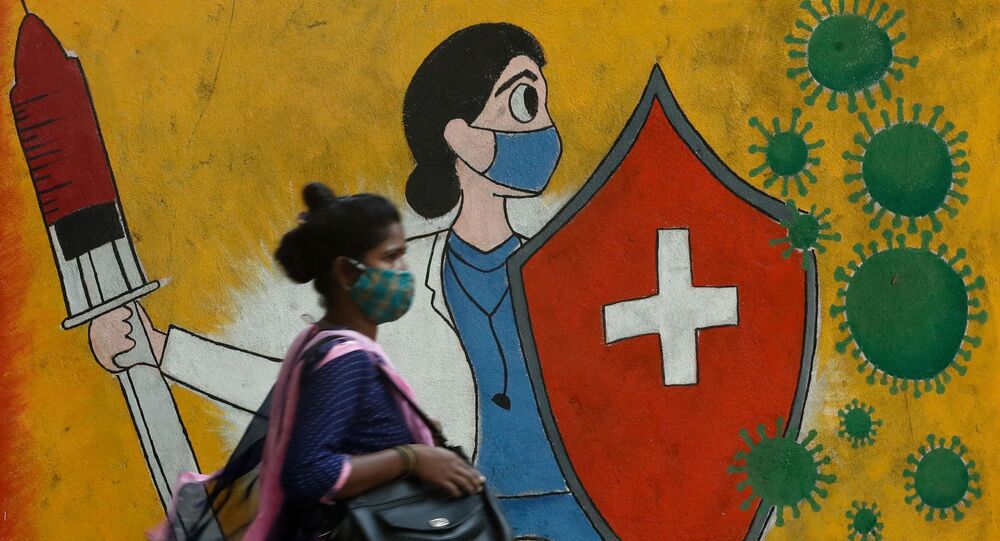 Rajesh Ranjan, ex-Parliamentarian from India's Bihar state and popularly known as Pappu Yadav in India, has been held for allegedly raising voice against the mismanagement of Covid situation in India's Bihar state. Yadav took to Twitter and claimed about his arrest on Tuesday morning.

​On Saturday, a supporter of Bharatiya Janata Party leader and current member of parliament from Saran( Bihar) Rajiv Pratap Rudy had filed a complaint to the police against Yadav for trespassing and vandalising some ambulances.

The complainant was filed after Yadav raided a place where more than two dozen ambulances were lying unused following which he came down heavily on Rudy for not utilising them at the time when the state is in crisis.

"People are paying as much as INR 12,000 ($163) to ferry COVID patients to hospitals even though the hospital may be just 1 km away. There is an acute shortage of ambulances and the Saran MP has kept about 100 ambulances. He has distributed some ambulances among his own men. There should be a probe into the matter," Yadav had said.

Meanwhile, hours before his arrest, Yadav had also come down heavy on the state government and claimed that more than 500 bodies of suspected covid victims have been floating in Holy river Ganga across the state.

"The ruling state chief does not even care about the deceased and can't even cremate them," he stated.

​According to the state health department, Bihar has been witnessing an average of around 12,000 to 15,000 covid cases daily from the last two weeks.