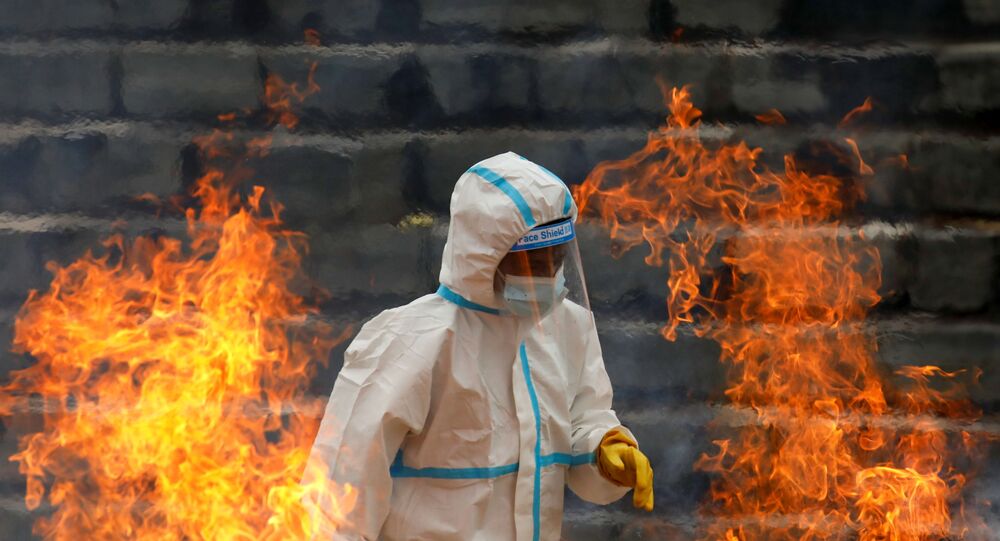 India on Wednesday recorded more than 382,000 fresh infections and 3,780 deaths, the highest number of fatalities reported from any nation in a single day. The South Asian country has been facing a devastating second COVID wave since last month, with more than 300,000 new daily cases being reported for nearly two weeks.

India's principal scientific adviser, Dr Krishnaswamy VijayRaghavan, on Wednesday warned that a third phase of COVID was all but “inevitable” and that everyone should be prepared for it in whatever way possible.

“Hopefully and incrementally, we should be prepared for new waves”, he said, pointing out that the SARS-CoV2 virus was continually adapting and several mutated variants were likely to emerge in the future.

“Previous infections and vaccines will cause adaptive pressure on the virus and cause new kinds of changes”, stated Dr Vijay Raghavan.

The scientific adviser said that vaccine updates will be needed to counter the new COVID variants since they could be more “transmissible” than the original strain, which was widely prevalent during the first wave last year.

Even as he expressed fears over potential COVID variants, Dr Vijay Raghavan stated that they would continue to infect humans in the same way as the original strain.

“Variants don’t alter the message. They transmit the same way as the original one did. They are transmitted from humans to other humans through air”.

He advised that “COVID-appropriate” behaviour, including following social distancing norms and having masks on, was the most effective preventive mechanism to check the spread of the virus.

“Distancing can exponentially bring down the spread”, he stated.

Dwelling on the reasons behind the record surge in infections during the ongoing second COVID wave, the Indian scientist reckoned that immunity among the country's population may not have been “widespread” due to the first wave last year being largely contained.

"The standing level of immunity in the population and cautionary steps halted the spread of the virus. This contributed to us not reaching an immunity level necessary to counter the second wave,” he explained.

“We can’t say for sure if the new variants are immune-evasive. But they definitely have adapted themselves better to the human body”.