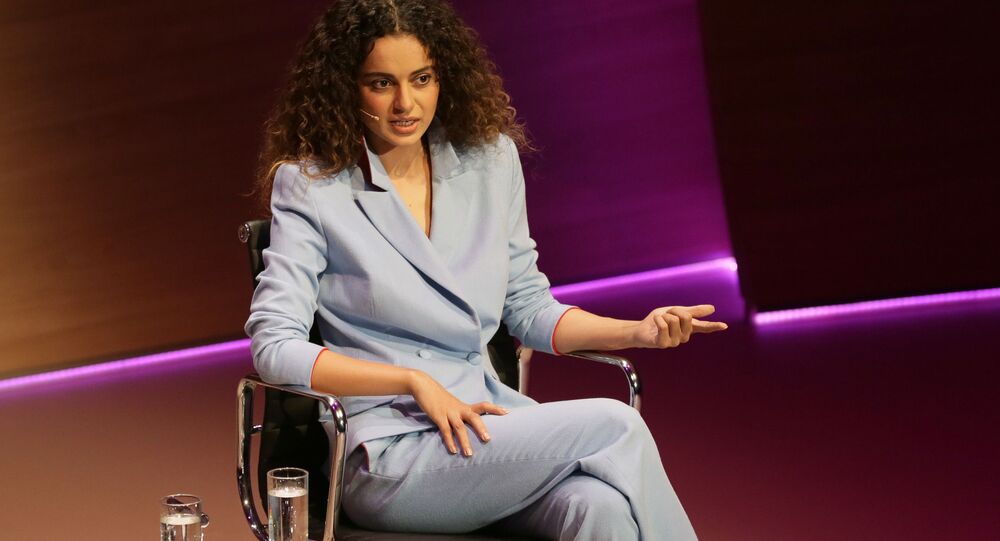 "There are lots of other platforms on which my voice can be heard,” said Bollywood’s curly-haired beauty Kangana Ranaut to India's media after micro-blogging app Twitter permanently suspended her personal account. Twitter issued a statement saying that the actress’ account violated its policies against hateful and abusive conduct.

Mayank Bidawatka and Aprameya Radhakrishna, the duo responsible for founding Koo - India's answer to micro-blogging site Twitter - took to their platform on Wednesday to welcome aboard actress Kangana Ranaut, who has been banned from Twitter.

“Koo is like her home, when everything else is rented,” Radhakrishna wrote to Kangana, sharing the first post the Bollywood beauty put up on Koo on 16 February.

© AP Photo / Rajanish Kakade
Twitter Permanently Suspends Kangana Ranaut's Account for 'Hateful' Posts
​The actress already has more than 425,000 followers on Koo, a social media platform that gained popularity this year in the wake of the row which erupted between the Indian government and Twitter over the farmers' protest that swept the South Asian nation. After Twitter refused to delete some information regarding the protests, as requested to do by the government, a plethora of Indian government officials moved to the locally made site to teach the San Francisco tech company a lesson.

Twitter has permanently banned Kangana - whose account had more than 3 million followers - for violating its rules several times, especially its policy against “hateful and abusive conduct”.

It would seem that the posts to which Twitter took exception include a series of tweets Kangana put up about violent incidents that took place in West Bengal on 3 May, calling on Prime Minister Narendra Modi to “tame” West Bengal state chief, Mamata Banerjee.

As well as Koo, the actress is active on Instagram.