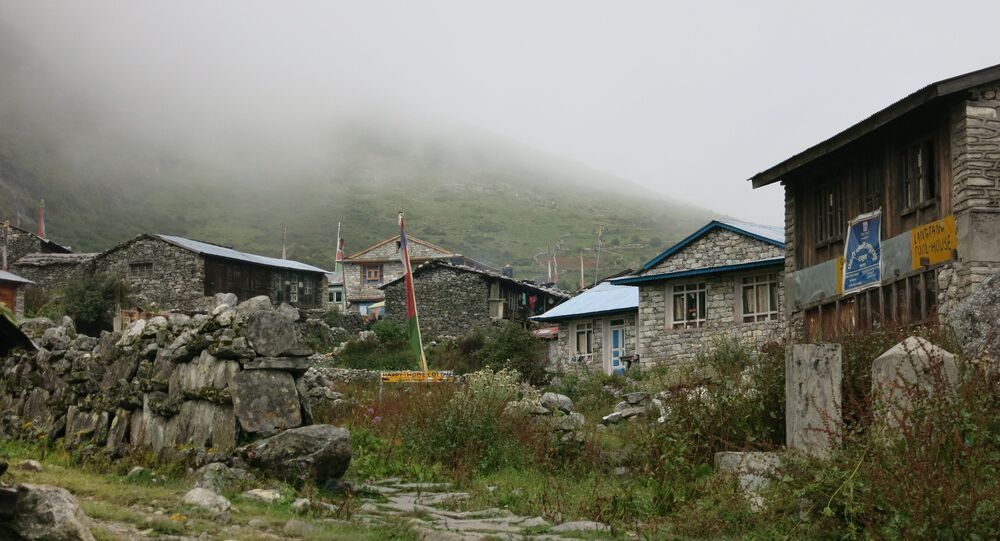 Originating in the Tibet Autonomous Region, the Yarlung Zangbo river flows into Arunachal Pradesh in India where it is called "Siang "and then to Assam state as "Brahmaputra" before flowing into Bangladesh. China's plans for a super dam on the river will have a far-reaching impact on northeast India's water security.

China's decision to build a super dam on the lower reaches of the Yarlung Zangbo river, close to the Line of Actual Control (LAC) in Tibet, has sparked fears among Tibetans living in India about their culture and existence.

The dam could be built in the Medog County of the Tibet Autonomous Region (TAR), which is close to Arunachal Pradesh, said a media report in China's state-run daily Global Times. China has already built smaller dams on the Yarlung Zangbo river.

The super dam's hydroelectric power capacity is projected to be three times that of central China's Three Gorges Dam, the world's largest power station in terms of installed capacity since 2012.

Tenzin Lekshay, deputy director at the Tibet Policy Institute, headquartered in the Indian town of Dharamshala in the state of Himachal Pradesh, told Sputnik, "Tibet is a very seismic zone and past experiences have shown that attempts to make dams in the past have triggered earthquakes, land slides in the region. There is a threat to our culture. China is trying to drown our culture and finish our very existence."

"It will require thousands of workers to stay in the Tibetan region for years for construction of the super dam. This means that Chinese settlers will move in and the cultural identity of Tibetans will be changed forever," said Lekshay, voicing the concerns of the Tibetan community.

"On the other hand, Tibetans who live in the plateau area will have to abandon their native places if they are asked to move out, as large parts of the plateau will be submerged for the purpose of making the dam," Lekshay told Sputnik.

"It will not just be an ecological disaster but a cultural disaster as well," he added.

China, however, is taking pride in the project. Yan Zhiyong, chairman of the Power Construction Corp of China, said at a conference in November 2020, "There is no parallel in history....it will be a historic opportunity for the Chinese hydropower industry".

The super dam plan was put forth during proposals for the country's 14th Five Year Plan (2021-25), while it's long term goals through to 2035 were made by the ruling Chinese Communist Party's (CCP) Central Committee.

"Speculation about China planning to build a super hydropower station in Medog County where the Yarlung Zangbo Grand Canyon is located, have circulated for years. Medog, with a population of about 14,000 was China's last county to be connected to the outside world with a highway," the Global Times report said.

"China has a strategic advantage over India in terms of international transboundary rivers," Ritesh Arya, a noted hydrogeologist who has worked extensively in Ladakh, told Sputnik.

"By constructing dams they say they are using this water to produce electricity and irrigate land. But actually China wants to control water and use it as a weapon," Arya added.

"Tibet heads the water region with several rivers flowing down its plateaus to different countries downstream. With China controlling Tibet, the intention of using hydro power projects as a weapon against India cannot be ruled out," said Arya.

"Geo warfare tactics using controlled water as weapon by China can really be a threat to Indian strategic positions in near future. This threat needs to be taken seriously by Indian authorities. It needs to be raised at appropriate platforms so that China can be kept on check in advance," he added.

India and China have a water data sharing agreement. In 2017, Beijing stopped sharing data soon after the 73-day long stand off between India and Chinese troops at Doklam near the Sikkim border, which was caused by the Chinese military's plans to build a road close to India's Chicken Neck corridor connecting the north eastern states.

"These rivers flow into Pakistan, India, Bangladesh, Myanmar, Laos and Vietnam, and form the largest river run-off from any single location," it added.

"It is estimated that 718 billion cubic meters of surface water flows out of the Tibetan plateau and the Chinese-administered regions of Xinjiang and Inner Mongolia to neighbouring countries each year. Nearly half that water, 48 percent, runs directly into India," said the report.

"For India, the one domain in which China’s status as the “upper riparian” provides an almost insurmountable challenge is in ensuring shared access to trans-boundary rivers. And as the recent clashes on the Sino-Indian border have made clear, India needs to assess how China might “weaponise” its advantage over those countries downstream. Control over these rivers effectively gives China a chokehold on India’s economy," it reads.

"In the aftermath of border clashes between India and China in the Galwan Valley from May, China blocked the flow of the Galwan River, a tributary of the Indus which originates in Chinese-administered Aksai Chin, altering the natural course of the river to prevent it from entering India," the Lowy Institute report highlighted.

"It is for the international community to exert pressure on China to review and reconsider its project of a super dam which will have super adverse impacts for countries downstream," said Lekshay.