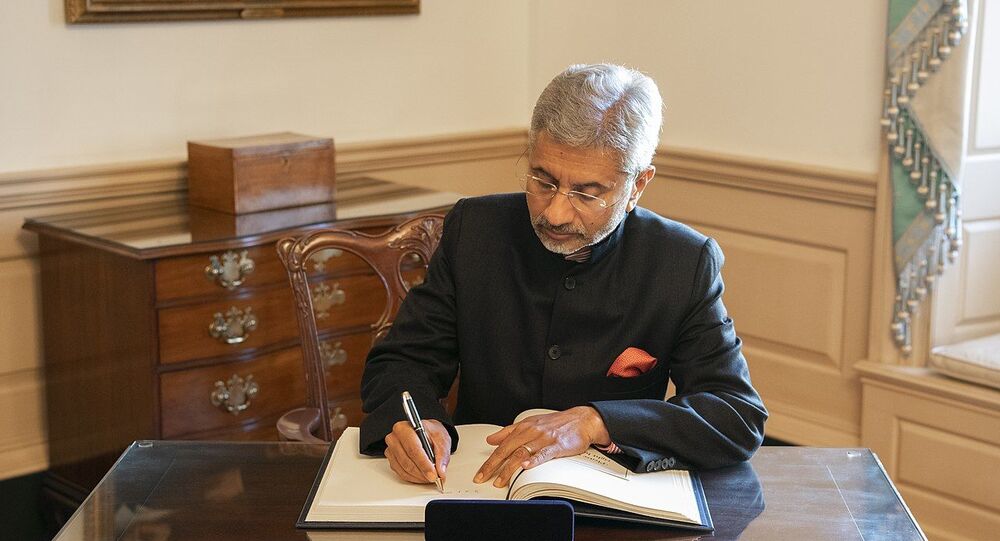 The Indian government has reacted strongly to reports on the worsening state of India's democracy, including civil liberties and minority rights, by two Western think tanks, America's Freedom House and Sweden's V-Dem Institute. The V-Dem Institute stated that India had turned into an "electoral autocracy" under Prime Minister Narendra Modi.

India's Foreign Minister Subrahmanyam Jaishankar has hit out on foreign think tanks like US-based Freedom House as well Sweden's Varieties of Democracies (V-Dem) Institute; both of them have made critical observations about India's worsening democracy parameters under Prime Minister Narendra Modi in separate reports released this month.

"A set of self-appointed custodians of the world find it very difficult to stomach that somebody in India is not looking for their approval," Jaishankar said during an interview to a leading Indian news channel on Saturday.

A set of self-appointed custodians of the world find it very difficult to stomach that somebody in India is not looking for their approval. It's not about democracy or autocracy, it's hypocrisy.

I don't need a certification from outside who have an agenda.

​"I don't need a certification from outsiders who have an agenda," he stated.

Comparing New Delhi’s global response to the COVID pandemic with that of other countries, Jaishankar quipped that  the “internationalist” governments were missing in action when the world needed them the most.

“They say we have a so-called Hindu nationalist government in India, while they attack us on our democratic principles. Well… India has led from the front in delivering the COVID vaccine to other countries in their time of need,” said India's foreign minister.

While American government-funded think-tank Freedom House downgraded India's status from being "free" to "partly free" in its annual report released this month, another research by University of Gothenburg-based V-Dem Institute this week classifies India as having turned into an "electoral autocracy" under Prime Minister Narendra Modi's leadership.

Both institutes have alleged that the civil liberties in India were being eroded under PM Modi’s Bharatiya Janata Party (BJP)-led government, with Freedom House’s ‘Democracy under Siege’ report also accusing  India’s “Hindu nationalist” government and its allies of “presiding over rising violence” affecting the country’s Muslim population.

The V-Dem report, released at an event attended by Sweden’s Deputy Foreign Minister Robert Rydberg, alleges that India was using laws on sedition, defamation, and counterterrorism to silence critics.

Both the reports have become a political hot potato, with the country’s key opposition leader and Congress parliamentarian Rahul Gandhi lambasting PM Modi over V-Dem’s report, which has dubbed India an “electoral autocracy”.

Reacting to Freedom House’s observations about the state of democracy in India, the Indian foreign ministry earlier this month described the political judgements revealed in the findings as “inaccurate”.

“India has robust institutions and well-established democratic practices. We do not need sermons, especially from those who cannot get their basics right,” India’s foreign ministry spokesperson Anurag Srivastava said.