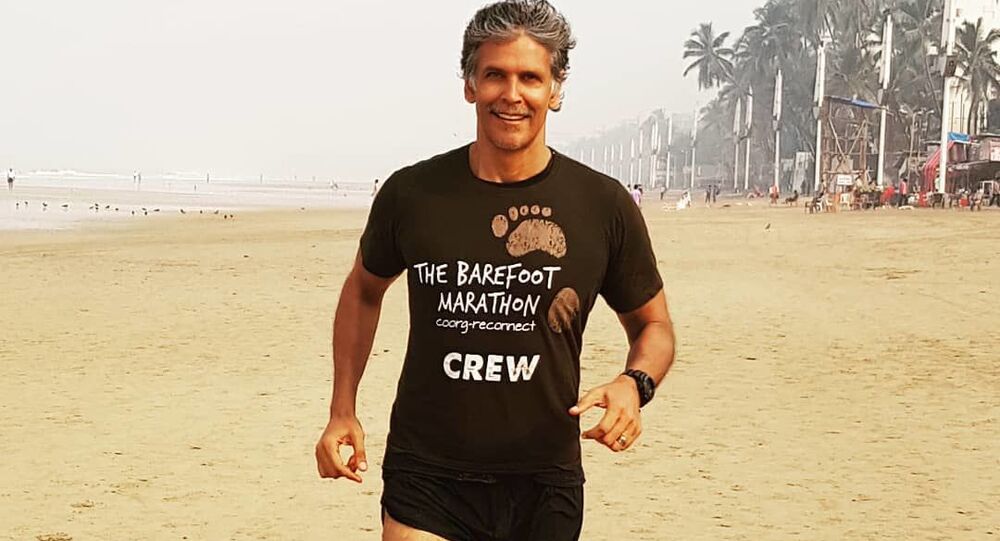 Milind Soman on His Nude Photo Controversy: 'It Was Like People Had Never Seen Anybody Naked Before'

Indian supermodel-turned-actor Milind Soman created a lot of buzz on social media after posting a nude photo of himself running on a beach in Goa on his 55th birthday on 4 November 2020. While some netizens praised him for his physique and boldness, many trolled him for spreading obscenity and a police complaint was filed.

Actor Milind Soman has opened up about the controversy over his nude photo he posted on his 55th birthday and faced flak by netizens who brutally trolled him for spreading obscenity in public and going against Indian culture.

Surprised by the trolls' reaction to his nude picture on social media, Milind said in an interview with English daily the Times of India: "It was like people had never seen anybody naked before. It was crazy!"

When it comes to nudity and bold content, a section of people in India often blame the influence of Western culture in the country.

Milind, who has travelled globally and has seen diverse cultures and traditions, clarified, "In America, it is illegal to be nude. And in most places in India, it is not. I feel this is Indian culture. In the West, it is not allowed, it's a shame, but I mean come on social media is a different world altogether anyway".

Pointing out the rising negativity on social media and the trolling culture, Milind shared that it does affect a person's mental health and wonders how one deals with it.

"Even for my nude picture, 99% of people were like - WOW! This is amazing!... When I see some people and the [negative] response they get on social media, I really wonder — how does it affect their mental health. Because it is such an attack… It is hard to digest when thousands of people are fermenting negativity", he said.

Milind opined that those new to internet culture were a little bit shocked by his post "as these people are not exposed to what's already on the internet".

"For those [people], I think my picture was a wake-up call. Search the hashtag naked on Instagram and there will be 10 million posts. It's just that people have not seen it", Milind concluded.