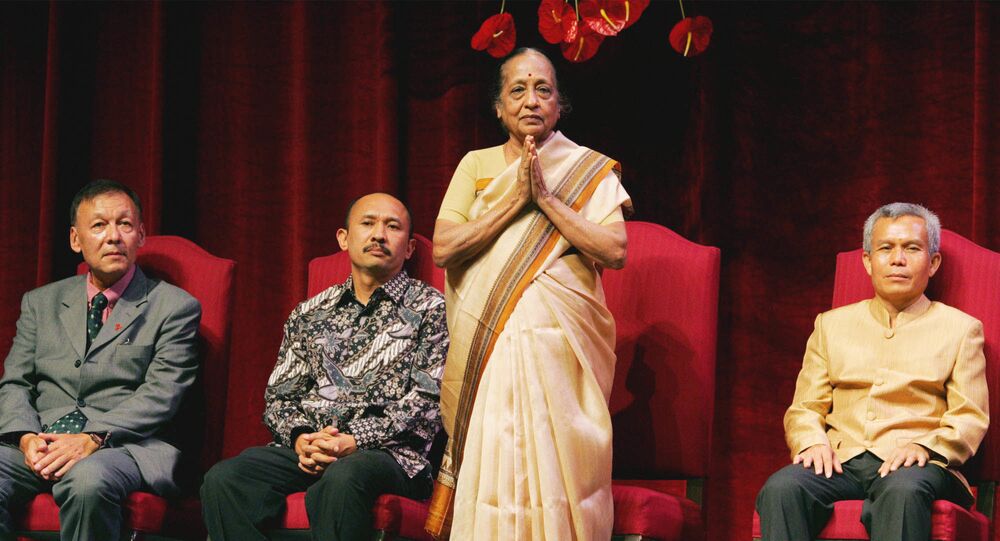 End of an Era: Doyen of Cancer Care in India Dr V Shanta Passes Away

Dr V Shanta belonged to the distinguished Chandrasekhar family of Chennai. Two members of the family, Sir C.V. Raman and Subrahmanyan Chandrasekhar, are Nobel Prize winners for their work in the field of physics.

Dr V Shanta, an Indian oncologist, considered to be the doyen of cancer care has passed away. She died on Tuesday in Chennai, the capital city of the state of Tamil Nadu. V Shanta was 93.

The 93-year-old oncologist was credited with making quality cancer treatment accessible to all patients across India.

Dr Shanta headed Chennai's Adyar Cancer Institute, a non-profit cancer treatment and research centre, and worked tirelessly to change the perception of hopelessness and misery around cancer, while stressing the need for early detection of the disease.

Having been unwell for the last two days, she complained of chest pain last night and was rushed to a hospital where a failed attempt was made to remove a blockage in a blood vessel.

Her mortal remains are being kept at the Adyar Cancer Institute that she helped to develop from a 12-bed cottage hospital in 1955 to a sprawling 535-bed complex with a research division, a college of oncological sciences, and a division of preventive oncology.

She worked out a pay model for the hospital so that only 40 percent are paid beds, with the remainder being general beds, where patients are boarded and lodged free of cost.

Her passing is being mourned by a lot of people, including the top leadership of the country. Many people are taking to Twitter to pay their respects to the departed doctor.

Dr. V Shanta will be remembered for her outstanding efforts to ensure top quality cancer care. The Cancer Institute at Adyar, Chennai is at the forefront of serving the poor and downtrodden. I recall my visit to the Institute in 2018. Saddened by Dr. V Shanta’s demise. Om Shanti. pic.twitter.com/lnZKTc5o3d

With the sad demise of renowned oncologist Dr V Shanta, we have lost a great humanitarian.

As Chairwoman of the Cancer Institute at Adyar, Chennai, she championed the cause of providing health to those without wealth.

Dr. V Shanta, chairperson of the Adyar Cancer Institute is no more. Forever in service of the poor and needy, she lived in a room within the hospital premises, with the singular mission of cancer cure. A saint, no longer among us. 🙏🏽

​Scientists and doctors are among those who have paid rich tributes to the noted oncologist, Dr V Shanta.

Dr. V. Shanta, Chairperson of the Adyar Cancer Institute, Chennai passed away early this morning. She will be greatly missed by the cancer care and research community all over the world and the many tens of thousands of lives she has impacted. pic.twitter.com/dNq3iaTGvt