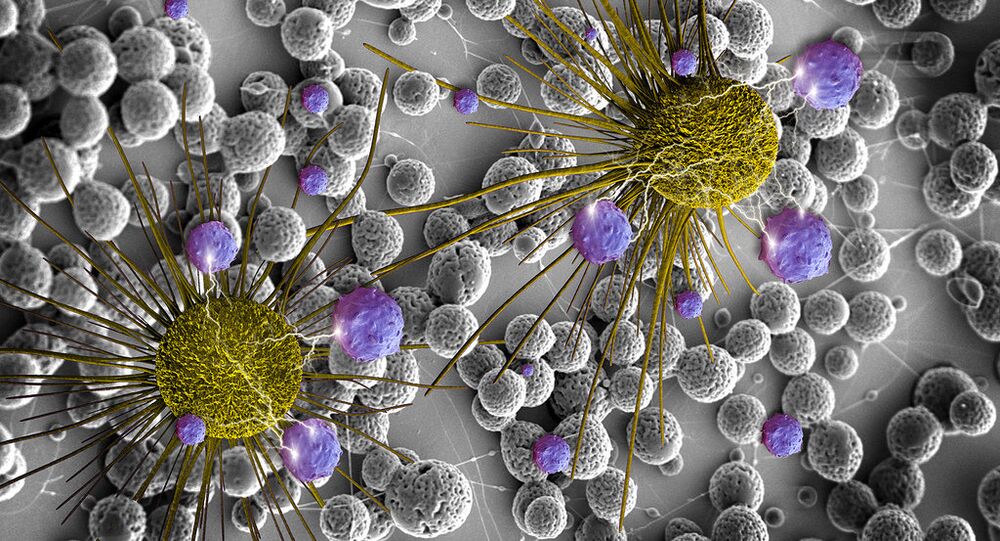 In a written reply to the Parliament, Minister of State for Health Anupriya Patel said that one out of every eight Indian males and one out of nine Indian females will develop cancer in their lifetime.

© Sputnik / Yakov Andreev
Millions of US Citizens Use Potentially Cancer-Causing Tapwater
He further said that "As per the National Cancer Registry program of the National Centre for Disease Informatics and Research (ICMR), one out of eight men has the possibility of developing cancer in his lifetime (0-74 years). Similarly, one out of nine women has the possibility to develop cancer in her lifetime (0-74 years)."

Elaborating the efforts of the government to counter the problem, she added that her ministry is running the National Program for Prevention and Control of Cancer, Diabetes, Cardiovascular Diseases and Stroke (NPCDCS). The cancer-related components of this program include provision of cancer treatment facilities in addition to early detection and prevention activities of cancer across the country for all types.

As per the figures of the Indian Council of Medical Research (ICMR), by 2020 India is likely to have more than 1.73 million new cases of cancer and more than 0.88 million deaths due to cancer.

Experts however believe that situation is more alarming than the figures as many case of cancer in rural and semi-urban places do not get registered. Speaking to Sputnik, Dr. Manoj Sharma, professor at the Department of Radiotherapy Maulana Azad Medical College said that "there has been a considerable increase in oral cancer cases due to rampant use of chewing tobacco in India. The alarming fact is that there is a growing trend among the young population to use chewing tobacco. Government should take concrete steps to curb the use of chewing tobacco but it seems that they give in to the pressure of tobacco lobby." He further suggested that "government should declare cancer as a notifiable disease just like AIDS and Dengue for better awareness and prevention management."

"The good news is that there is a marginal decrease in cervical cancer in Metro cities due to better awareness and early detection," added Dr. Sharma.