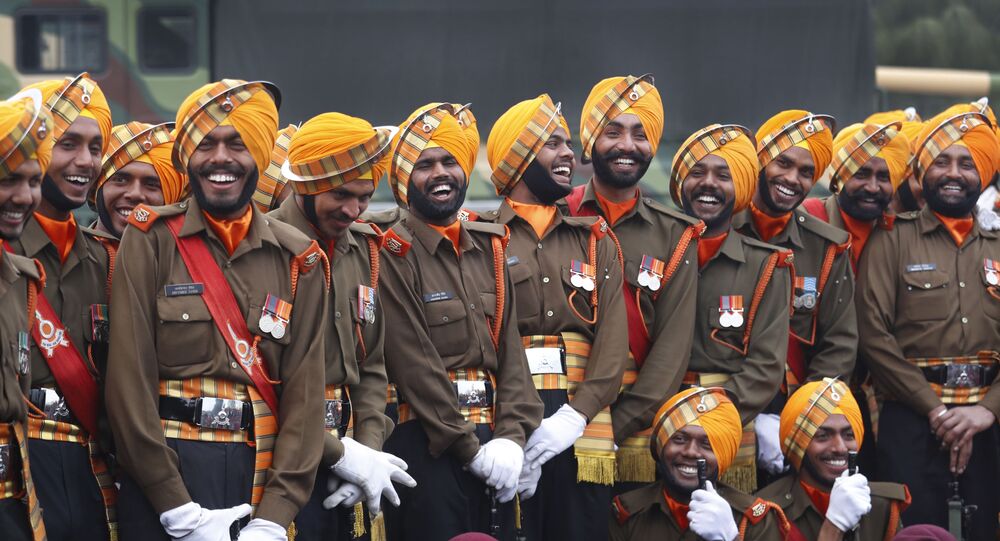 Army Day is celebrated on 15 January every year; bravery awards and Sena (Army) medals are given to soldiers and officers of the Indian Army. Various Army command headquarters across the country organise special parades to mark the day – which also includes stunts by daredevil officers in the air as well as on bike pyramids.

​Every year, Army Day celebrations arrive with a special theme and this year the Indian Army has organised a marathon –“Vijay Run” – to commemorate the 50th anniversary of India’s victory over Pakistan in 1971, according to the Additional Directorate General of Public Information.

A special song featuring real black and white clips from 1971 provide a glimpse into the situation at the time; it has also been released to mark the 73rd Army Day.

Swarnim Vijay Varsh Song#HarKaamDeshKeNaam #SwarnimVijayVarsh song dedicated to the #BraveSons of #Bangladesh and #India, commemorating their #valour and #courage during the #1971War. (1/3) pic.twitter.com/1BeQ8lUYXi

​The most important function that is observed on this day in India is at the KM Cariappa parade ground that is located in the Cantonment area of the capital, Delhi.

​MM Naravane, the Chief of the Indian Army encouraged all the soldiers in a message, while reminiscing that the year of 2020 had been full of challenges and opportunities – referring to the border standoff between India and China at Ladakh that was triggered in April 2020 and is still going on.

The "sacrifice of Galwan braves won’t go to waste. Nobody can test our patience. Last year was a big challenge on northern borders, China standoff was responded strongly," Gen MM Naravane said, while referring to 20 Indian soldiers who were killed in a hand-to-hand combat with China's People's Liberation Army in the eastern Ladakh's Galwan valley on 15-16 June 2020.

General MM Naravane #COAS conveys felicitations and warm wishes to All Ranks of the #IndianArmy, Civilians, #Veterans and their Families on the occasion of 73rd #ArmyDay. #StrongAndCapable pic.twitter.com/B7IlbUY1nG

In his message, the Army chief also said that the Indian Army will always remain strong, capable and trustworthy.

Prime Minister Narendra Modi, President of India Ramnath Kovind along with federal Defense Minister Rajnath Singh took to Twitter to congratulate the all soldiers on the 73rd “Army Day” of independent India.

On Army Day, greetings to the valiant men and women of the Indian Army.

We remember the bravehearts who made the supreme sacrifice in service to the nation.

India will remain forever grateful to courageous and committed soldiers, veterans and their families.

Greetings to Indian Army personnel and their families on the occasion of Army Day. The nation salutes the Indian Army’s indomitable courage, valour and sacrifices. India is proud of their selfless service to the nation.

​Due to the coronavirus restrictions, the Army Day celebrations across India remained low-key with only some officers marking their physical presence at the designated parade areas in Delhi as well as in other parts of the country.

On 15 January 1949, a historic event happened when the last British General Commander-in-Chief of India, Sir Francis Butcher handed over the title of “Commander-in-Chief” of the Army to Indian Field Marshal KM Cariappa.

He led Indian forces on the Western Front during the Indo-Pakistani War of 1947.#Salutations#ArmyDay2021 pic.twitter.com/RtUoX9QH2D