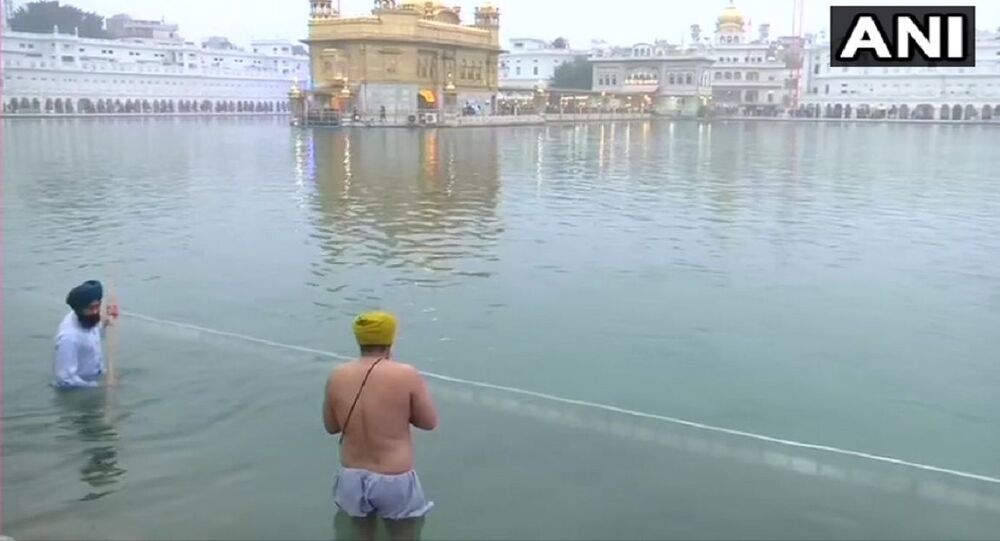 Makar Sankranti, Bihu, and Pongal are marked with enthusiasm in several parts of India. It is believed that taking a dip on this auspicious day absolves one of all sin and grants a new beginning in life while freeing one from the cycle of rebirth.

It was a cold, grey, foggy morning with mercury dipping to as low as 2 degrees Celsius in parts of northern India. However, this did not dampen the enthusiasm among people to take the customary ‘holy dip’ early in the morning on Makar Sankranti, the beginning of the new Harvest year.

Thousands of people converged at Golden Temple in the city of Amritsar, in the north Indian state of Punjab, which is the holy seat of Sikhism, the main religion followed in the state. Likewise, across the country, people gathered at various rivers and bodies of water to take a dip.

In West Bengal, in east India, hundreds of thousands of people gathered for the holy dip at Gangasagar at the confluence of river Ganges and Bay of Bengal and offered prayers.

West Bengal: Devotees and hermits take holy dip at Gangasagar in South 24 Parganas, on the occasion of #MakarSankranti pic.twitter.com/sUiTcfCtwH

In the central state of Uttar Pradesh, a huge congregation of people dipped themselves in Prayagraj, at the confluence of three rivers – the Ganges, Yamuna and the now invisible Sarasvati river. It is the historic site of Kumbh Mela, held every 12 years.

This day in India is marked by festivities across the country with special dishes prepared to celebrate the new harvest season.