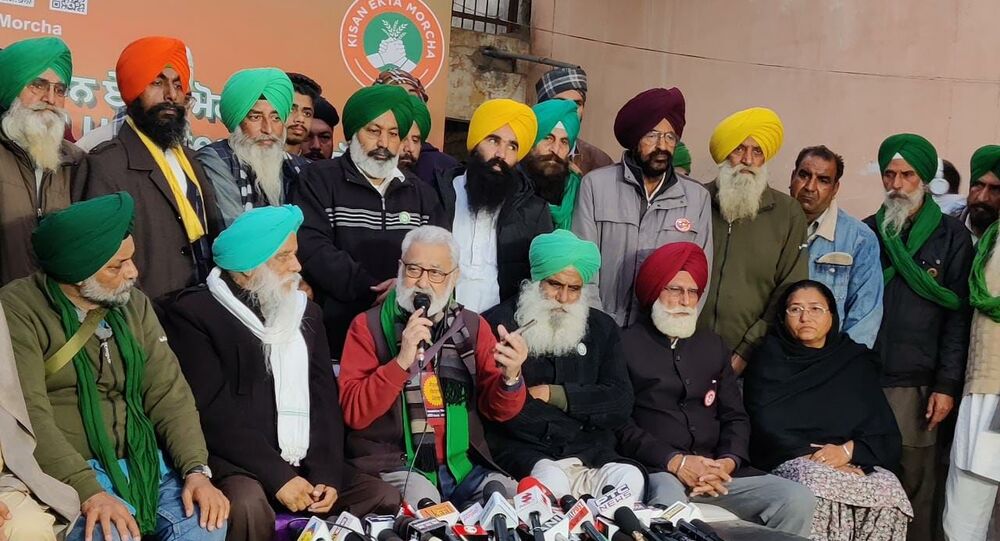 Thousands of farmers, mainly from India’s agricultural states of Punjab and Haryana, have been protesting at Delhi’s Singhu and Tikri borders since last November. They want the government to revoke new farm laws introduced in September. About 60 protesters have died, including some who have passed away due to cold weather or committed suicide.

Farmers' unions protesting on Delhi's borders say that they will not accept any committee set up by the Supreme Court of India and that their demonstration will continue as they view the court’s ruling largely as a diversionary step.

In a ruling, which came in the light of a number of petitions filed to challenge the validity of the three farm laws, India’s top court on Tuesday afternoon suspended the farm laws passed by the Narendra Modi government last September. It also set up a four-member committee to hold talks with the agitating farmers.

The laws are the Farmers Produce Trade and Commerce Law, the Farmers Agreement on Price Assurance and Farm Services Law, and the Amendment to Essential Commodities Act.

The committee will file its first report within the two months of its formation. Its members will comprise Ashok Gulati, an agricultural economist, Bhupinder Singh Mann, president of the Bharatiya Kisan Union (Mann), Anil Ghanwat, president of the Shetkari Sangathan, and Pramod Kumar Joshi of the International Food Policy Research Institute.

Reacting to the formation of the committee for holding talks with them, some farmers' unions have expressed their disappointment.

"The committee formed by the Supreme Court is diverting the attention. We never asked for changes in the law, but to scrap the law", Dr Darshan Pal, 70, of the farmers’ union Krantikari Kisan Union of Punjab, told Sputnik.

"The committee is pro-government. Farmers will not appear before the committee. We are here to hold talks with the government, not the committee", said Dr Pal. "We will continue our protest".

Farmers’ Harvest Festival of Lohri and the Verdict

As the verdict came just two days ahead of the farmers’ biggest harvest festival, Lohri, they said: “We will burn the copy of three farm laws in the bonfire of Lohri festival on Wednesday”.

“It will be done across the country and internationally too", said farmer leader Baldev Singh Sirsa of Samyukt Morcha, a farmer body.

On 13 January, people in different parts of the country will celebrate Lohri, a renowned winter festival of farmers in northern India that is also described as a harvest festival when the entire family and relatives gather at one place and light bonfires while dancing to traditional songs. Farmers hold the bonfire in the evening and pray for good crops.

"We are peacefully protesting. Rumours are being spread that farmers will march on 26 January in Delhi. It’s not true. We will celebrate Republic Day too”, Prem Singh Bhangu of the Kul Hind Kisan Federation, another farmers’ body, said.

“If the government does not listen to us, we will intensify the protest. But that does not mean we will turn violent", said the 64-year-old leader.