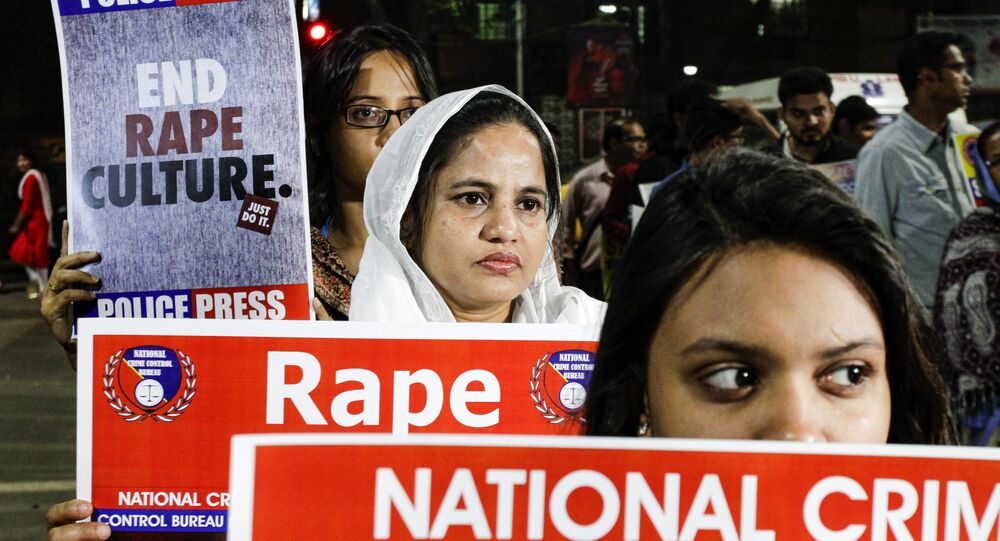 The woman, who was working as a labourer, was picking cotton when she was sexually assaulted five years ago. She has been fighting a legal battle to get her attackers brought to justice ever since. Earlier this year the court sentenced four people to life imprisonment for raping her, India Today quoted a police official as saying.

A 30-year-old rape victim in India’s Maharashtra state has alleged that the village's governing council - the Panchayat - has passed a resolution to banish her from the village.

The woman who lives in the Beed District of Maharashtra, near the country's financial capital Mumbai, is being forced to leave years after the incident, according to a media report quoting a complaint she has made to the police.

The woman, who survived the sexual assault in 2015 as well as severe physical and mental trauma, claims that she is being threatened by villagers as well as being humiliated with abusive language. A notice for her to leave the village was pasted on the door of her house.

The woman is now seeking justice from the government and has asked for it to intervene. She has also submitted a complaint to the police against the villagers.

Beed Deputy Superintendent of Police, Swapnil Rathod, was quoted by India Today as saying: "The woman has filed a complaint against some villagers for allegedly using abusive language against her. On Monday, some villagers approached us saying that we should disregard her complaint.

"But it is impossible that we would not consider the complaint. We are investigating it," he added.