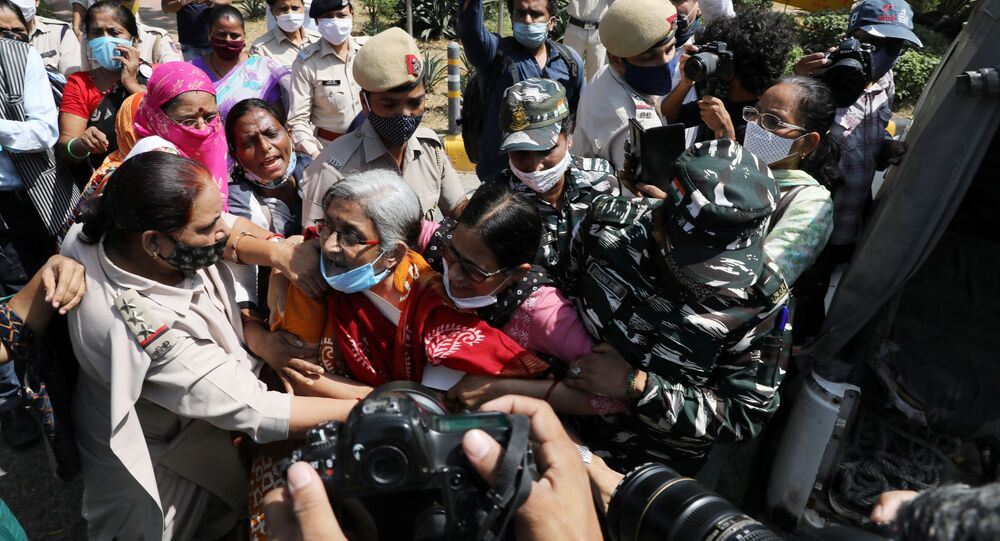 India’s Uttar Pradesh state, headed by ascetic chief Yogi Adityanath, has come under widespread criticism for its handling of an alleged gang rape and murderous assault on a young girl. The state’s police have also come under fire for cremating the body of the woman, who died 15 days after the gruesome incident, in the dead of night.

The state government of Uttar Pradesh (UP) on Tuesday filed a plea in India's apex court, seeking a “fair and impartial investigation” into the alleged gang-rape of a 19-year-old woman and the conduct of police in the incident.

In a petition, the Uttar Pradesh government has alleged that rival political parties have hatched a conspiracy “to defame and discredit the government of UP through its members”.

“...since the issue has been raised to a subject of national concern by the media and political parties, it is important that the investigation is held by an independent central agency which is not within the administrative control of the state administration...” reads the plea filed in the Supreme Court of India.

“This will ensure that no vested interest will be able to create a fake and false narrative with oblique motives”, it adds.

While urging the top court to order an investigation into the alleged rape that led to the victim's death, the state government has also requested the Supreme Court of India to ensure a probe into a criminal conspiracy to fuel caste division by a section of the media and political parties.

Initially, the state government introduced strict control on a village, some 200km from national capital city of New Delhi, and stopped access to lawmakers and the media, claiming that it would disturb the law and order situation there.

Meanwhile, in yet another case of rape, a six-year-old girl from Hathras also died at a Delhi hospital, where she was taken for treatment after her condition deteriorated.

According to reports, the girl, who was living with her maternal aunt after the death of her mother a year ago, was bodily violated by her cousin in neighbouring Aligarh district.

The family of the minor placed her body in a public place and staged a protest, demanding the arrest of the accused, his family members, and action against police personnel.