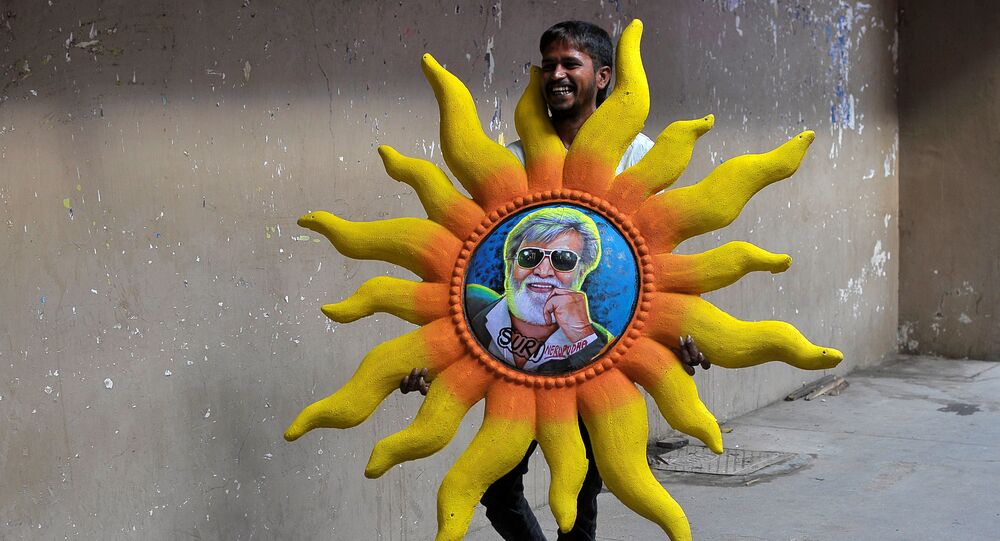 'Warning From God': Superstar Rajinikanth Hailed for Not Joining Politics Due to Health Issues

The 70-year-old superstar Rajinikanth, fondly known as the 'God of Tamil cinema' by his fans, won millions of hearts with his performance in movies including Baashha, Kabali, Muthu, Sivaji The Boss, Enthiran (Robot), Johnny and Chandramukhi. The actor had planned to participate in the 2021 Tamil Nadu assembly election.

In a big twist of events, superstar Rajinikanth, who was recently hospitalised and was undergoing treatment for highly fluctuating blood pressure, has announced that he is not going to enter politics or form a political party due to poor health.

On Tuesday, the actor took to social media and posted a long letter in the Tamil language explaining that his recent bout of ill health came like a “warning from God” and he will not go ahead with his plans to join politics.

“With extreme sadness, I say that I can't enter politics. I alone know the pain I went through while announcing this decision. This decision of mine will disappoint my fans and people but please forgive me. I will serve the people without entering electoral politics", he said, adding, he doesn't want to make the people who believe in him feel like a scapegoat.

"My hospitalisation was like a warning from God… Doctors have advised me that the fluctuation of blood pressure would affect my transplanted kidney. I'm regularly taking Immunosuppressant tablets so even a vaccine wouldn't be a guarantee… My campaign will impact health amid the pandemic," he said.

Netizens have hailed his decision and have come out in support of him on social media and commented, “Health is more important and we want your upcoming movies more than your political arrival.”

Your one life means crore of lives breathe !!!!
A "Good Decision" by #Thalaivar to not enter in politics #Annaatthe #Rajinikanth #RajinikanthPoliticalEntry #ஆன்மீகஅரசியல்2021 pic.twitter.com/t9xNjEafN3

We know how you feel and we are also feeling the same now but whatever happens, your health is important and we’d love to see you in more and more movies thaliva, but one thing hurts is that Again we have live under the ADMK or DMK regimes #Rajinikanth #RajinikanthPoliticalEntry pic.twitter.com/cOrq0R49aI

It's okay to take a step back! Albeit backing, you still are the irreplaceable THALAIVAR... Ministers are ephemeral but leaders are eternal... You are a leader! @rajinikanth#Rajinikanth #RajinikanthPoliticalEntry #itsokay

His debut in politics has been much anticipated by fans for nearly 25 years. On 3 December, Rajinikanth announced that he would launch his political party and participate in the Tamil Nadu election.

Rajinikanth was shooting for his movie ‘Annaathe’ in Hyderabad in India's south, but it was put on halt on December 23 after several people on the sets tested positive for COVID-19.

Though Rajinikanth’s COVID test reports came back negative, he suffered severe high blood pressure fluctuations and was hospitalised for a couple of days. The actor is currently on a break and has been advised to rest in bed by his doctors.