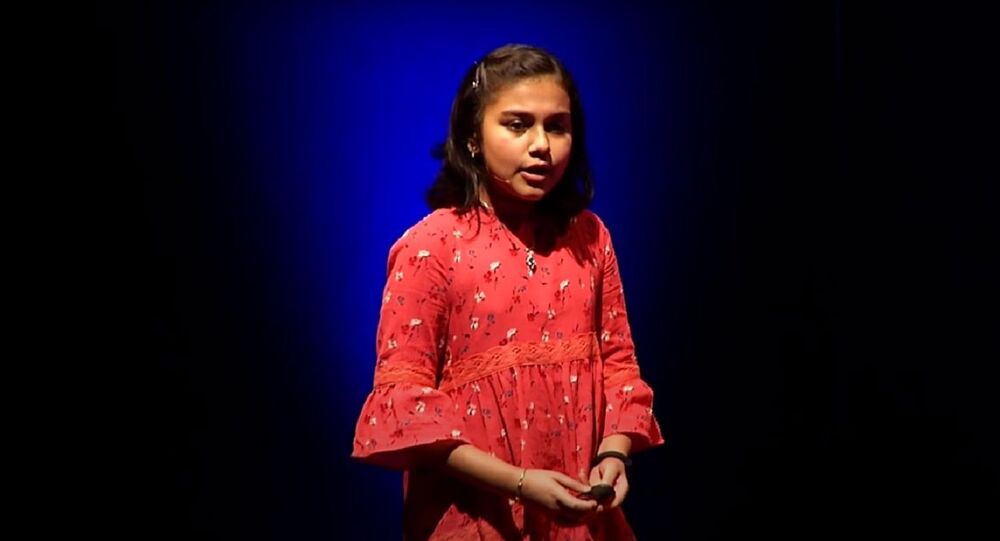 Geetanjali Rao, a bright teenager of Indian origin currently living in the US, sees science as her passion and putting a smile on people’s faces as her everyday goal in life. American weekly news magazine TIME has handpicked this 15-year-old and fond-of-baking girl to create history, owing to the work she does to give back to the community.

Out of over 5,000 nominees, TIME has named Rao as its first ever “Kid of the Year” for her "astonishing work" using technology to tackle several issues ranging from contaminated drinking water to cyber-bullying and opioid addiction.

“My goal has really shifted not only from creating my own devices to solve the world's problems, but inspiring others to do the same as well. Because, from personal experience, it's not easy when you don't see anyone else like you. So I really want to put out that message: If I can do it, you can do it, and anyone can do it", TIME quoted the young scientist-inventor as saying.

In India, the news has met with overwhelming responses, with netizens cheering the “daughter of the nation” on to achieve more success in her bright future.

Now this is what I call a true example of GenNext. Great to see such “super kids” rise to find solutions to pestering problems of society. Kudos to Geetanjali 👏🏻 An inspiration to all the kids esp. girls, as well as adults to do their bit. #geetanjaliRao #timeskidofdyear pic.twitter.com/eGw6Tqcppg

This is fantastic! Geetanjali Rao invented a low-cost sensor to detect lead in water supply. She was moved by #FlintWaterCrisis and did this when she was 12 (2018)! @MonaHannaA @annaleighclark @MayaAjmera #thekidsarealright https://t.co/kuXqCXtVgr

​Prominent Indian industrialists and politicians, including Anand Mahindra and Shashi Tharoor, also joined in the cheering choir on Twitter.

Time Magazine’s 1st-ever Kid of the Year. A young woman of South Asian origin. India’s ‘demographic dividend’ is benefiting the world. We have many more such ‘Kids of the Year’ right here at home. Let’s celebrate them & harness their talents to build a better future for ourselves pic.twitter.com/fjhVmub13t

15 year old Indian-American scientist&inventor Gitanjali Rao has been named ⁦@TIME⁩’s 1st-ever #KidOfTheYear for her work in technology to tackle issues ranging from cyber bullying to contaminated drinking water. “If I can do it,” she says,“you can do it. Anyone can do it.” pic.twitter.com/J6fvSLDe8t

​Recalling her journey in science so far, Rao revealed to Jolie that she was in second or third grade when she started thinking about ways to use science and technology to create social change.