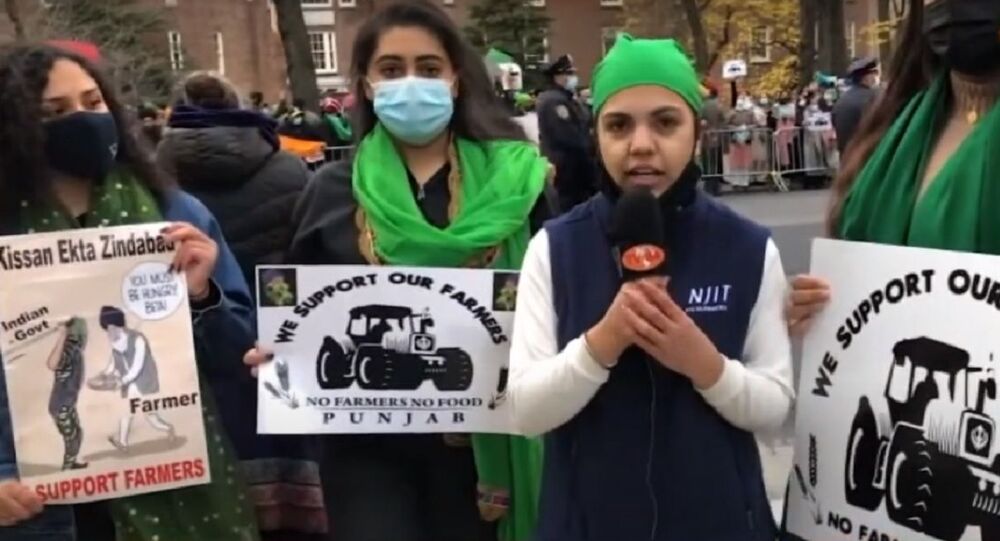 Indian Prime Minister Narendra Modi's government has been facing criticism from farmers since passing new agriculture laws in September. Farmers from several states have taken to the streets and even blocked railway tracks to express their anger.

Hundreds of people took to the streets and protested outside the Indian Consulate General in New York to express their support for the demonstrating farmers in India on Tuesday.

Images from the protest site show people, mostly Sikhs, raising their voices and holding placards that read, "We support farmers".

While car rallies were also held across New York City.

Over the last six days, thousands of farmers have blocked the entrance points leading to the Indian capital after failing to reach a consensus on new farm laws with the central government despite several clarifications from politicians.

The farmers are protesting against the Farmers (Empowerment and Protection) Agreement of Price Assurance and Farm Services Act, 2020, Farmers Produce Trade and Commerce (Promotion and Facilitation) Act, 2020, and The Essential Commodities (Amendment) Act 2020.

The laws allow farmers to sell their produce at places apart from the designated APMC market. They also aim at allowing contract farming under which they can enter into supply agreements with private firms for remunerative and pre-decided prices.

However, the farmers believe the new farm laws would pave the way for the dismantling of the Minimum Support Price (MSP) system, leaving them at the mercy of big corporations.