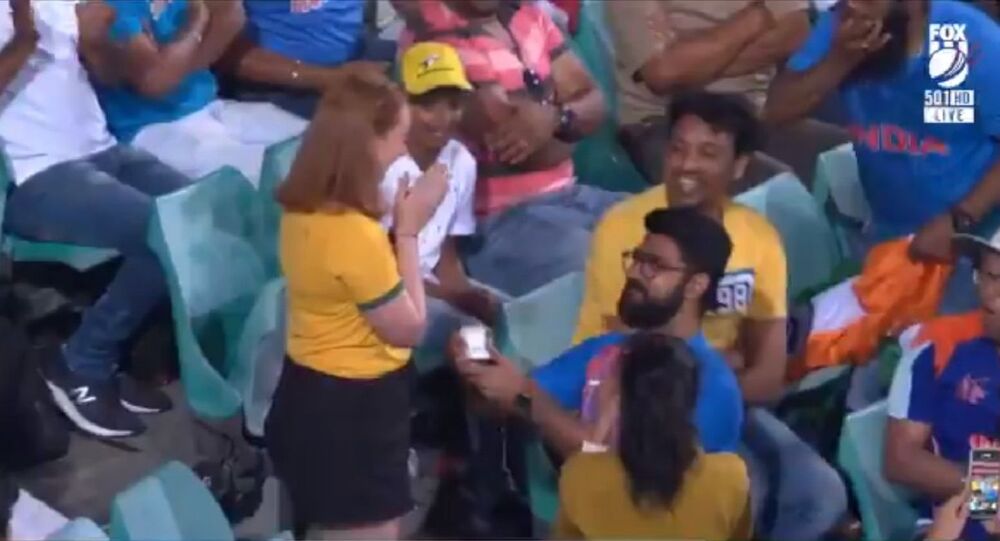 India suffered a 51-run defeat to Australia in the second One-Day International (ODI) at the Sydney Cricket Ground on Sunday, with the hosts taking an unassailable 2-0 lead against the visitors in the series.

While Indians were taking a beating on the ground against the Australian cricket team, a happy moment was staged in the stands. It was shared by the Sydney Cricket Ground management, with the comment “Where dreams come true”.

The video of a bearded Indian man proposing to his Australian girlfriend during the second One-Day International (ODI) between the hosts and the visitors, went viral on social media.

During the course of the match, the man, an Indian supporter approached the Australian girlfriend and held a box containing a wedding ring, as he went down on his knees to propose to her.

The couple shared a hug and a kiss as the crowd cheered them followed by applause from Australian all-rounder Glenn Maxwell.

​The Australia-India ODI played on 27 November was the first international cricket match post COVID-19 pandemic, with spectators in the stand.