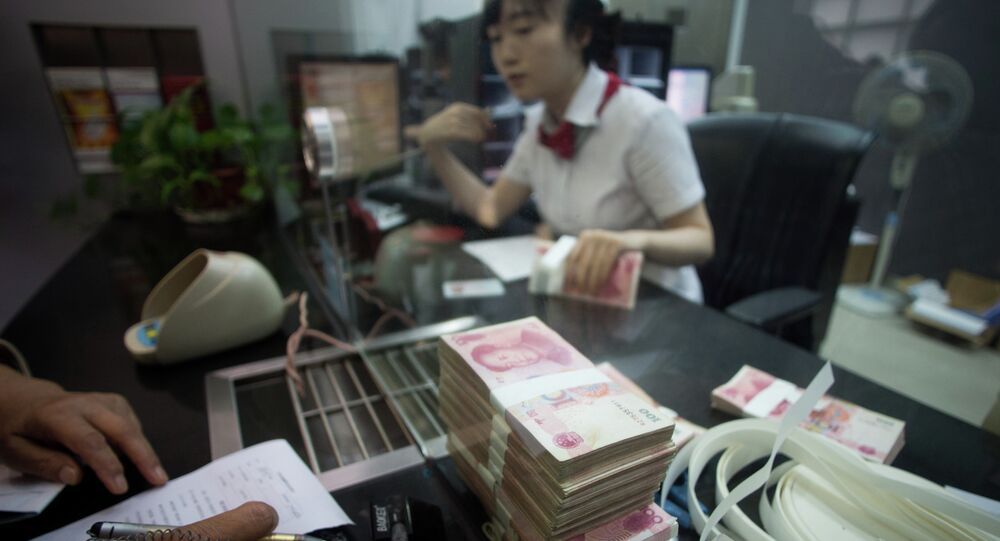 Global economies and central banks have pumped almost $20 trillion in the form of economic stimulus and liquidity infusions into the financial market. With liquidity flooding the financial system, interest rates have softened across the globe.

European investors have been gung-ho about China’s negative yield bonds, which the country auctioned for the first time last week. For a $4.8 billion Euro-denominated bond offer by the Chinese Finance Ministry, European institutions made orders to the scale of more than five times, at $21.62 billion.

A section of analysts are of the opinion that apart from giving a chance to European investors to park their funds at a remunerative rate, as their own central banks are offering even lower rates, the mad rush to the Chinese debt instrument depicts the “robustness of the Chinese economy amid [the] pandemic”.

Consider this. Globally, central banks have pumped out liquidity worth over $11 trillion in their bid to fight the economic impact of the COVID-19 contagion. This has led to a massive pounding of the interest rates. For instance, safe haven German bonds in the Eurozone. The yields on the German bonds were at (-)74 percent last week.

© CC0
Is India Set to Gain in Global Trade as China Plans to Turn Inwards for Economic Growth?

In comparison, China offered a five-year bond yield at (-)152 percent, which is lucrative in comparison with Europe. Additionally, the long-term 10-year and 15-year Chinese bonds have a positive rate of 0.318 percent and 0.664 percent, respectively.

Analysts say there's no wonder why investors are making a beeline.

A former governor of Reserve Bank of India told Sputnik on condition of anonymity, “The rate differential is only of the incentives. With the pandemic still raging in the US and Europe, investors see China as a stable option and a safe haven. Also, China’s economy is springing back into action. It reveals the robustness of the Chinese economy”.

In April-June this year, while the global economy nosedived, China posted economic growth. Its gross domestic product (GDP) growth for the trimester was at 3.1 percent. In comparison, all the major economies of the world witnessed a deep contraction in that trimester. China's post-pandemic recovery continued in July–September, as it witnessed 4.9 percent growth in GDP. According to a poll conducted by Reuters, China will witness growth of 5.8 percent in the October–December period.

The Asian behemoth certainly doesn’t want to stop there.

China's President Xi Jinping said earlier this month that it is completely possible to double the country’s economy and per capita GDP by 2035. In fact, the nation has even finalised a blue print for the same.

Quoting the hostile overseas environment, the Chinese Communist Party has put the focus on domestic consumption as the driver of growth in the fourteenth five-year plan for the period between 2021 and 2025. The new plan reflects a drift from the strategy of export–led growth that has propelled the Chinese economy over the last two decades.

The central committee of China's governing party signed the plan, which is to be implemented by 2025. Observing that the “international environment is increasingly complicated” and full of “instability and uncertainty”, the new plan seeks to kick-start domestic demand for economic growth and technological innovation.

Analysts also point out that even though countries like India offer much higher yields, it is not an attractive destination for investors due to the high rate of inflation in the country.

Economic journalist Geetu Moza told Sputnik, “Even though bond yields in India are at about 6 percent, inflation at over 7.5 percent in the country negates return on investment for the institutions”.

India’s retail investment in the month of October stood at a six-year high of 7.61 percent. In contrast, China’s consumer price inflation was 0.5 percent in October this year.

TikTok Deal: China Urges US to Respect Rules of Economy