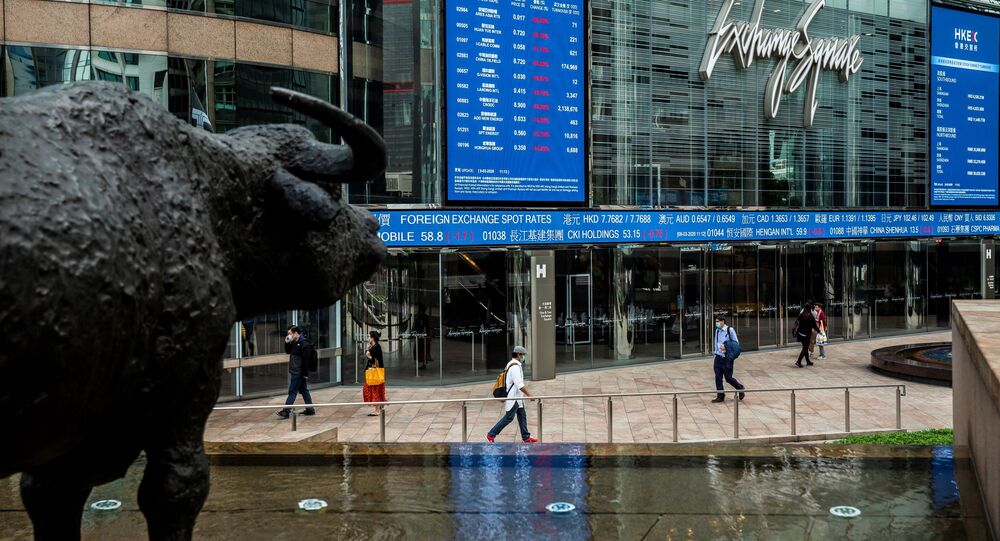 In a fresh move in the Washington-Beijing stand-off, an executive order signed by President Donald Trump on 12 November bars Americans from investing money in Chinese firms which are thought to be helping the China's People's Liberation Army (PLA) to modernise.

Beijing has lashed out at a recent move by President Donald Trump to block American investments in a number of key Chinese companies, reports The Washington Post.

China’s government was swift to denounce the potentially detrimental measures taken on Thursday.

“This will seriously damage not only the legitimate rights and interests of Chinese enterprises, but also the interests of investors from other countries, including those from the US,” said Wang Wenbin, a spokesman for the Ministry of Foreign Affairs.

The executive move, announced by Trump on 12 November, came after a steep sell-off of shares in a number of targeted firms.

“The Chinese side urges the US side to correctly view China’s policy of military-civilian integration and development, to stop wantonly suppressing Chinese enterprises under the pretext of national security and to rescind the erroneous decisions,” said the Chinese spokesman.

Thursday’s executive order prohibits US companies and individuals from investing in 31 companies that have been singled out by Washington as working towards aiding the modernisation of the China’s People’s Liberation Army as well as China’s intelligence and security services.

The ban is proposed to embrace stocks, bonds and derivatives, and set to affect a number of US-traded securities and funds run by major American institutions, writes the outlet.

There were concerns voiced that the new blacklist could prompt banks and asset managers to reassess their exposure, as Friday witnessed markets promptly responding to the move.

Listed subsidiaries of China’s three major phone and internet providers watched shares tumble in Hong Kong trading in the wake of the announcement. Bonds of companies designated on the list similarly plummeted in value.

Similar reverberations were manifest among units of China Mobile and China Telecom securities that trade on the New York Stock Exchange.

Fall-out from the news was also felt by other large state-backed companies. China Railway Construction Corp shares fell by 4.1 per cent, and China Communications Construction Co lost 3.4 per cent.

A credit investor in Hong Kong was cited as expressing surprise that there wasn’t a greater market sell-off, as had been the case with US-targeted Huawei Technologies Co and Semiconductor Manufacturing International Corp.

Huawei has been a long-time target of Washington over perceived national security threats and alleged links to Beijing.

Subject to numerous sanctions in the past two years, Huawei and the Chinese government have persistently rejected all US allegations.

Washington’s new blacklist, that bans buying or investing in stocks, funds or other financial products involving designated firms, spans aerospace, shipbuilding, construction, communications and technology companies.
Investors are given a deadline of until November 2021 to get rid of their holdings.

Though there is still a lack of clarity about some aspects of the order, with the prohibition not to take effect until 11 January, the outlet writes that investors will likely turn to the US Treasury Department’s Office of Foreign Assets Control for guidance on how the measures will be enforced.

Questioning whether the order applied to offshore-registered funds managed by US-based asset managers, the analyst Jefferies, which specialises in telecommunications, wrote in a report on Friday:

“Whether the rule is extended to listed subsidiaries remains uncertain.”

The move comes as yet another broadside at Chinese companies amid the US-China stand-off.

Previously, the Trump administration barred Americans from doing business with dozens of Chinese tech firms which it alleged were ordered by Beijing to supply Chinese intelligence with access to user data, enabling it to conduct widespread spying around the globe.

Beijing and targeted companies such as Huawei and TikTok have consistently denied all these allegations.