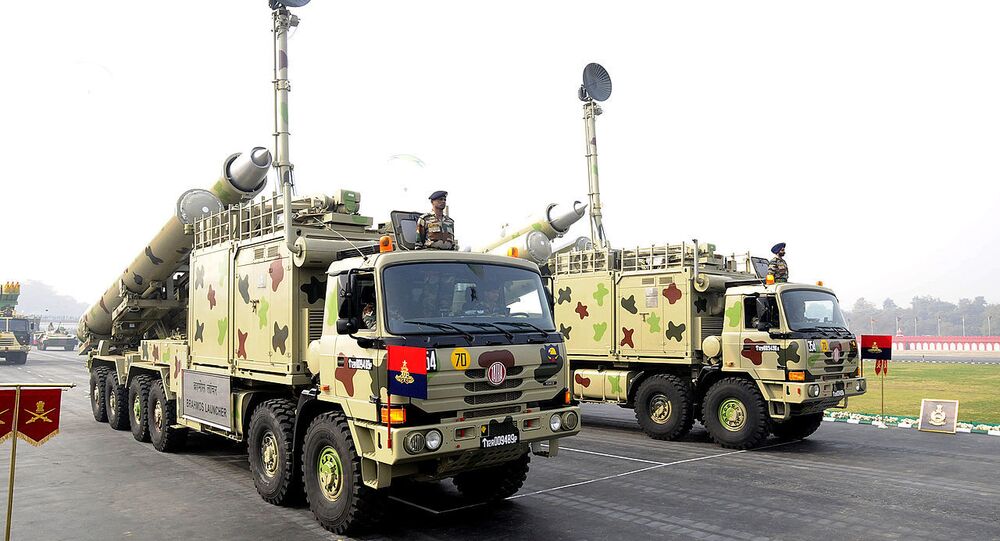 According to the agency's sources, India's Defence Research and Development Organisation (DRDO) was able to boost the missile's range from around 300 kilometres (186 miles) to over 400 kilometres (250 miles).

"The test was conducted by the Indian Army which has many regiments of the DRDO-developed missile system. The strike range of the BrahMos missile has now been enhanced to over 400 kilometres", ANI quoted the source as saying/

The surface-to-surface canister missiles were launched from one island in the Bay of Bengal archipelago and successfully struck its target on another island, the agency reported.

Over the coming weeks, India's Defence Ministry plans to conduct tests of the aircraft-launched and warship-launched versions of the BrahMos missile system, each of which has drastically varying ranges and capabilities.

The result of a joint venture between India and Russia in the 1990s, the BrahMos missile system has become a cornerstone of India's defence strategy alongside the Shaurya missile. The missile's name is a portmanteau of key Indian and Russian rivers, the Brahmaputra and the Moskva.