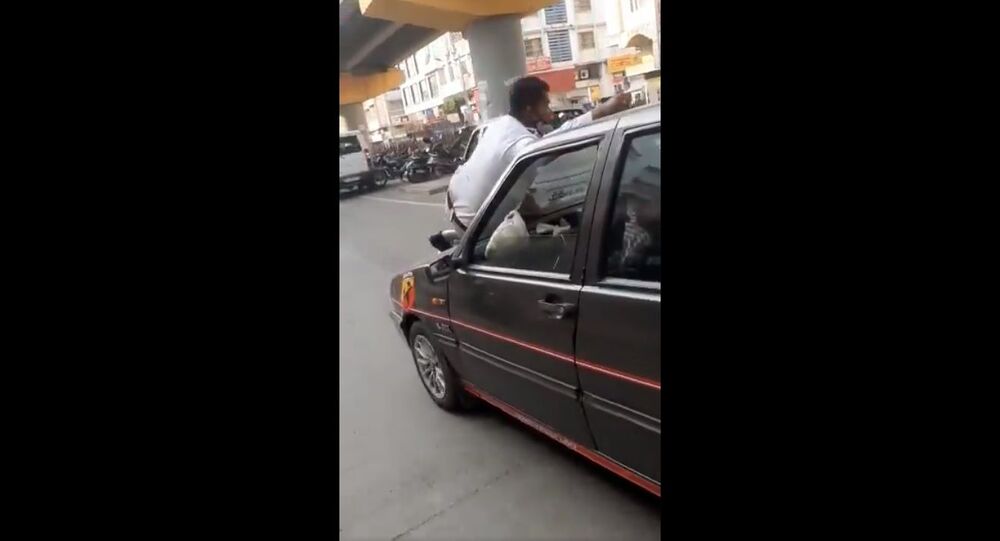 When India decided to ease the coronavirus lockdown, the government made it mandatory for anyone stepping out of the house to wear a mask. The government has asked the authorities to take strict action against those found violating the rules.

A traffic cop was given an unwelcome ride on the bonnet (hood) of a man's car in the Indian city of Pune for almost a kilometre: police said the incident occurred on Thursday evening when an on-duty traffic officer tried to stop a vehicle when he spotted the people inside not wearing Covid masks.

A video of the incident is going viral on social media, in which a cop can be seen hanging onto the bonnet of the car, as it speeds away on a busy road. A couple of two-wheelers can be seen trying to chase the vehicle.

According to police, Aba Sawant, the traffic cop, was severely injury in his right knee.

"Sawant had to hang on the bonnet of a car for about a kilometre. The accused driver, identified as Yuvraj Hanuvate, was arrested under various sections of the Indian law," a police official said.