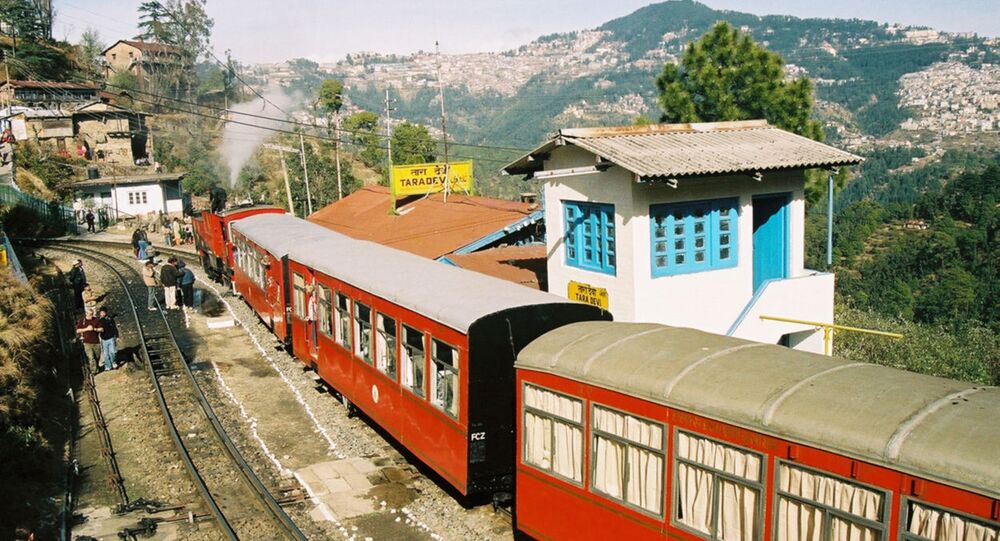 Against the backdrop of of the coronavirus pandemic, India made it to the headlines for hibernating its 1.37 billion population during the world’s largest-scale lockdown to curb the spread of the deadly virus. The restrictions that were imposed in March have slowly been eased out by the government, but the country has seen a surge in new cases.

Along with the pre-Corona lifestyles of Indians and the country’s economic cycle, one more thing has returned back on track – the “Himalayan Queen” – after a seven-month hiatus.

Established back in 1903, the Himalayan Queen is an iconic seven-coach sightseeing train service that runs between the Kalka and Shimla districts of Himachal Pradesh in India, spiralling around the breathtaking Himalayan mountains.

The Kalka-Shimla toy train finally resumed operations for the first time since March on Tuesday to grace the picturesque railway line that has been classified as a “world heritage route” by UNESCO.

Keeping in line with the ongoing festive season, India has re-launched the train service with necessary precautions, including the sanitisation of coaches and stations amid the pandemic.

This 'toy' train is a big time tourist magnet in Himachal Pradesh. As the vintage train chugs along the route, it crosses over 880 bridges and passes through 100 tunnels.

The experience riding this train ride varies from season to season: during the summer and monsoon months between March and October, the mighty Himalayas flaunt their green glory but as soon as the winter season kicks in November, snowfall in the region gives travellers total “winter wonderland” vibes.

This year, on 9 November, the Shimla-Kalka Himalayan Queen will celebrate its 117th anniversary.