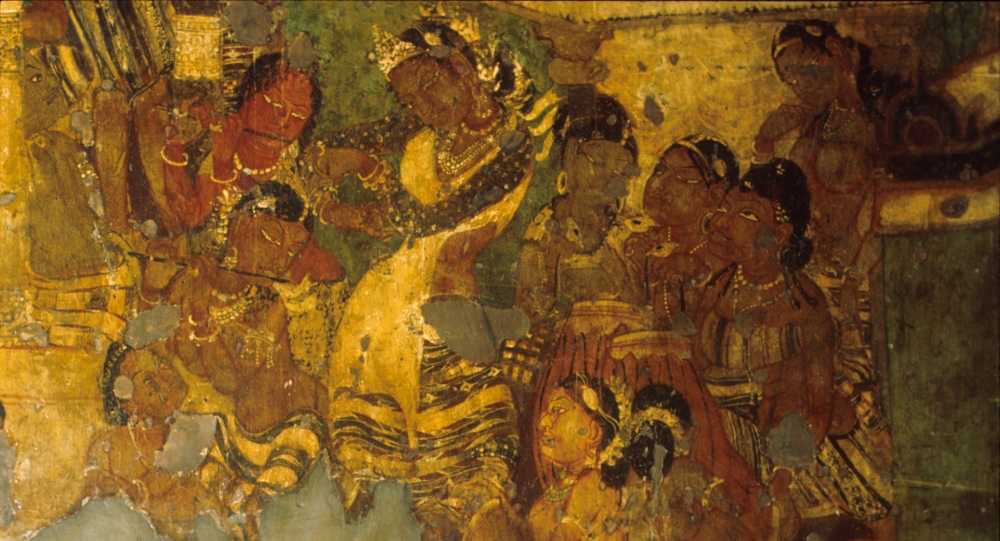 The Ajanta Caves in the Aurangabad district of Maharashtra state constitute ancient monasteries and worship halls of different Buddhist traditions carved into a 75-metre wall of rock. The caves also have paintings featuring the past lives and rebirths of Lord Buddha, pictorial tales and rock-cut sculptures of Buddhist deities.

India’s federal Culture Ministry has teamed up with government advisory firm Sapio Analytics to preserve the digitised and restored paintings of the Ajanta Caves for eternity.

According to scholars, these masterpieces were painted from around the 2nd century BCE to 400-650 CE and were completed over 900 years by some of the greatest, but unknown, artists of mankind.

The Ajanta Cave paintings are not only a UNESCO World Heritage site, but probably some of the greatest art in the world.

Talking to Sputnik, Sapio’s Chief Operating Officer Hardik Somani said they are going to use Artificial Intelligence and Deep Learning to restore the broken images in the paintings.

“In order to restore these images, deep learning is applied along with knowledge from the leading art historians of the world”, he explained.

Somani said professors from the California Institute of Integral Studies and artists like Benoy Kishen Behl, an art historian and photographer, and Indian painter Vishwajyoti Mohrhoff would create the right models and labels of the paintings.

Since these paintings are not allowed to be captured using lights, Sapio will use photographs already taken by Behl with innovative low light photography.

“Photography was normally not allowed in order to save the paintings from the adverse effects of flash lights. Some earlier photography of the paintings, taken with special permission, was not very accurate, as there was much surface reflection from the painted surfaces”.

“I had fortunately developed a technique of photographing in extremely low light where you could barely see your hand in front in the dark interiors of the caves”, Behl shared, explaining how he captured the paintings.

Somani said they have partnered with the Norwegian data-storage company Piql to store these restored and original photographs and datasets in the Arctic World Archive for posterity.

The Arctic World Archive is a facility for data preservation located in the Svalbard archipelago on the island of Spitsbergen, Norway. It is designed to withstand natural and man-made disasters and is considered to be the safest location on Earth, where stored data will last for centuries.