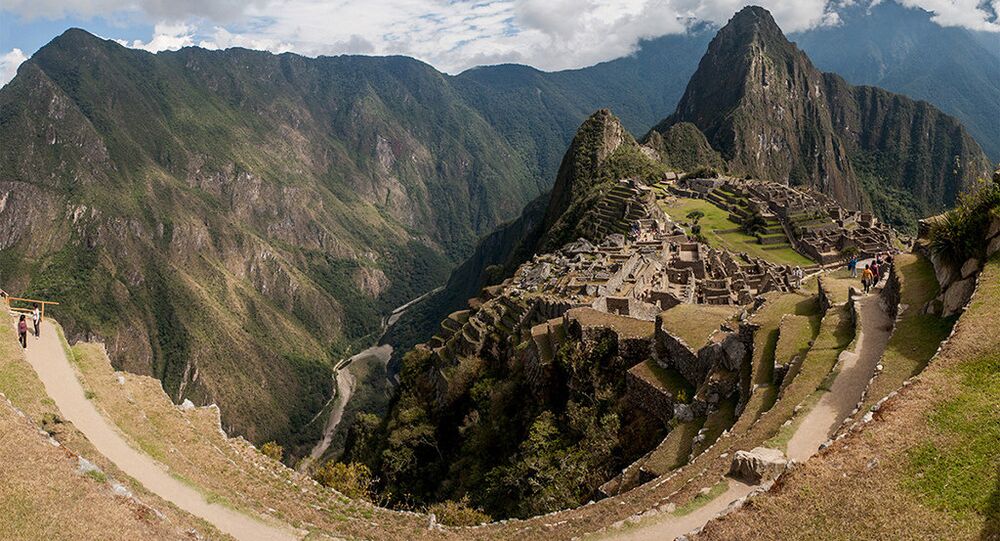 Despite over a hundred years having passed since the discovery of Machu Picchu in Peru, two rock paintings new to scientists have been found near the Inca citadel ruins.

© Flickr / Dan Bergstrom
Rare Dinosaur-Era Birds' Wings Found Preserved in Amber
The newly found paintings depict a man, a llama and above them a geometric image in black. The discovery was made in the area of Pachamama, about 15 minutes walking distance from Machu Picchu, by staff members of Cusco's Cultural Department. The paintings are similar to others already known near the Inca citadel that also represent men, alpacas and other creatures, painted in ocher and black colors.

The paintings are not recorded among the findings of Hiram Bingham, the archaeologist who discovered the Lost City of the Incas during the Peruvian expedition of Yale University in 1911.

The archaeological site will remain closed as researchers prepare to conduct further investigations. In the near future, they are planning to carefully excavate the site to preserve the paintings, as they've already shown signs of damage and scratches.

Machu Picchu: The Lost City of the Incas