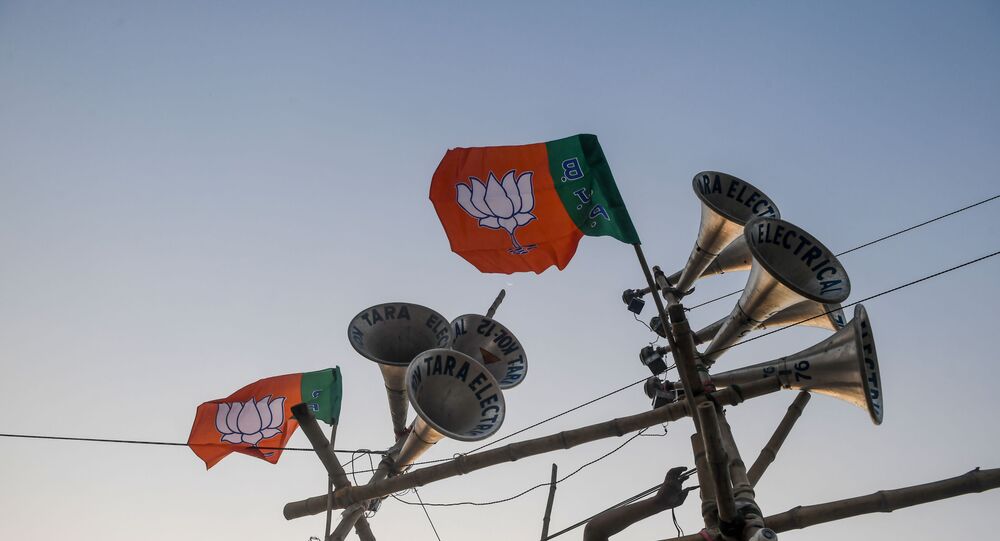 Indian Home Minister Amit Shah is scheduled to pay a visit to West Bengal later this month, in what could be the beginning of a long-drawn out election campaign ahead of state polls next year.

Manish Shukla, a political worker from India's ruling Bharatiya Janata Party (BJP) was shot dead on Sunday evening near the eastern city of Kolkata. The BJP has put the onus of the killing on Trinamool Congress and the state's chief minister, Mamata Banerjee, who heads the regional outfit.

More than 110 workers from the BJP have been murdered under the government of Mamata Banerjee (West Bengal state chief), the ruling party’s general secretary in charge of organisation BL Santosh tweeted on Monday morning.

Sri Manish Shukla, Councillor from Titagarh shot dead by miscreants carrying arms. More than 110 workers of @BJP4Bengal murdered under @MamataOfficial rule. Party stands with the family & friends at this time of grief. pic.twitter.com/ahq9qvVk6s

​Shukla was riddled with bullets in front of a police station in the North 24 Parganas district of West Bengal, according to a report in Zee News. The bullets hit his head, chest, and back, as per reports.

The local unit of the BJP has reportedly called for a 12-hour shutdown in the region on Monday to protest the shooting of Shukla, who was a member of a local organisational committee.

The governor of West Bengal Jagdeep Dhankar has since held meetings with senior officials from the state's police force and the local government to take stock of the situation. Kailash Vijayvargiya, another prominent leader from the BJP, has called for a federal probe into Shukla's killing, stating that he didn't trust the local police.

The BJP, which is in power at the federal level, has been trying to establish a political presence in the eastern border state, where the regional outfit Trinamool Congress has been in power since 2011. The party managed to win 18 of the 40 parliamentary seats from the state in last year's federal parliamentary elections, which was its best electoral performance in West Bengal to date.

The state is scheduled to go to the polls again next year.