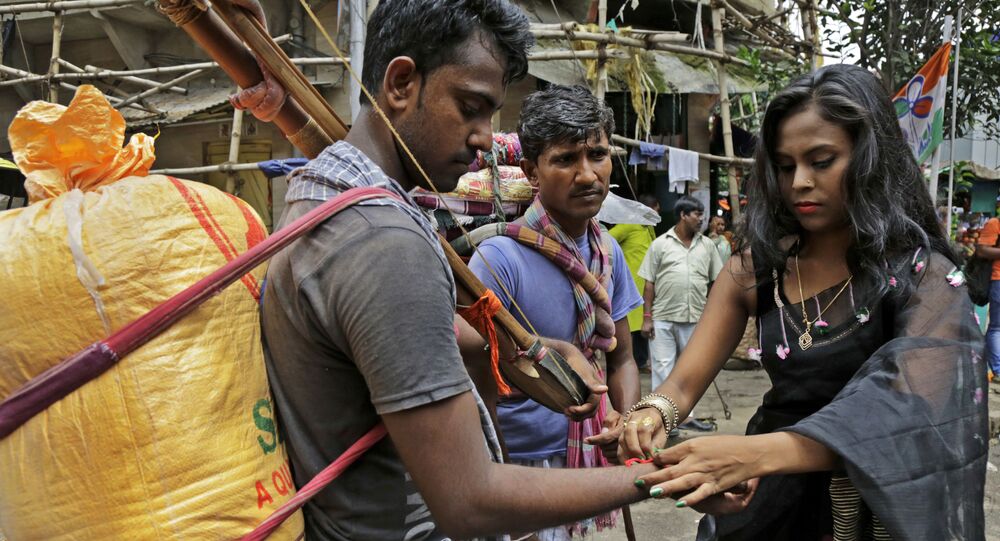 New Delhi (Sputnik): Sonagachhi in the Indian city of Kolkata (formerly Calcutta) is considered to be the largest Red Light District in Asia. The area reportedly has over 11,000 sex workers who ply their ancient trade with over 30,000 customers per day, from West Bengal and beyond. Now many are wondering if the coronavirus scare could destroy it.

Sonagachhi in northern Kolkata is no ordinary red light district; with several hundred multi-story brothels accommodating thousands of prostitutes and tens of thousands of pleasure-seekers, it is almost a city unto itself. However, for the past 10 days or so its streets have been empty, as the coronavirus scare has discouraged both sex workers and their clients.

Health authorities the world over have advised people to avoid physical contact with anyone who has cold and flu-like symptoms in the wake of Coronavirus pandemic.  According to media reports, the limited number of sex workers who still show up in Sonagacchhi refuse to offer services to customers who show signs of being infected such as coughing and fevers.

As of now, no-one has reportedly tested positive for coronavirus in West Bengal. The state government has, however, closed all of the schools, pre-schools and institutions of higher learning as a precautionary measure.

India has recorded 110 confirmed cases of COVID-19 as of Monday. According to data released by the federal Health and Family Welfare Ministry, two people have already died and 13 affected persons have been discharged.

In a bid to tackle the panic that continues to grip the world, health experts have come out with a series of guidelines, including staying away from crowded places like public transport and theatres; as a well-known vector for other, more familiar diseases, brothels should probably also be avoided.

Sex in the Age of Coronavirus: Experts Share Tips on How to Keep Your Love Life Safe