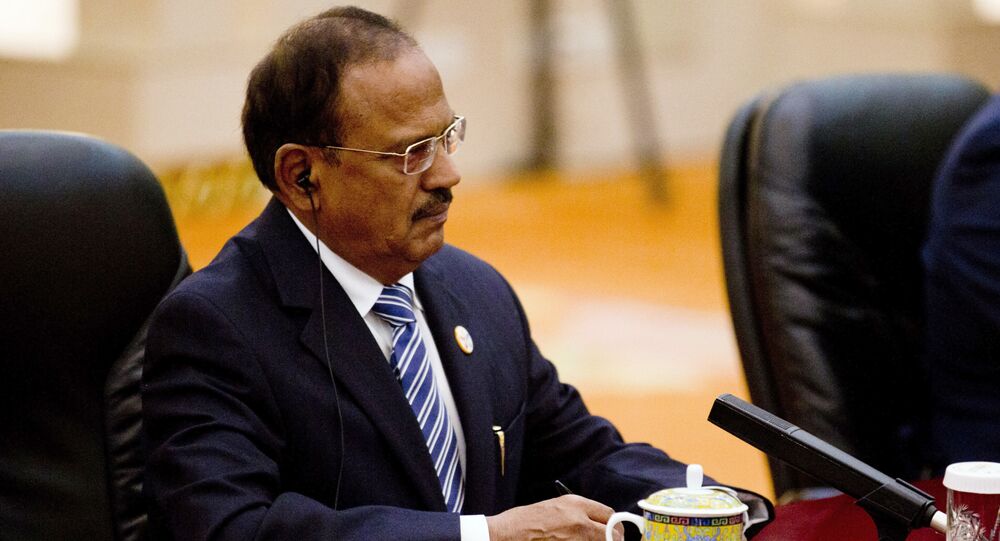 In August this year, Pakistan’s Prime Minister Imran Khan released a new political map that claimed all of Jammu and Kashmir and settled areas like Junagarh as Pakistani territories. The Indian government termed the exercise as "political absurdity".

At the National Security Advisers of Shanghai Cooperation (SCO) meeting on Tuesday, India's representative Ajit Doval walked out to protest against Pakistan’s depiction of a fictitious map in the backdrop of its representative during a virtual meeting.

“This was in blatant disregard to the advisory by the host against it and in violation of the norms of the meeting”, said Anurag Srivastava, spokesperson for India’s External Affairs Ministry, adding, “After consultation with the host, the Indian side left the meeting in protest at that juncture”.

In the depicted map, Islamabad includes Gujarat's Junagarh and Sir Creek and the Indian side of Jammu and Kashmir as their territory. Ladakh, which India announced as a separate territory in August 2019, and China's border have been termed as "frontier undefined".

The SCO Charter, Article 2, states, "SCO member States shall adhere to the following principles..." which include "mutual respect of sovereignty... territorial integrity of States and inviolability of State border".

On the sidelines of the Moscow meetings, both the Indian ministers took the opportunity to talk to their Chinese counterparts on the ongoing border row between the two countries.

India and Pakistan claim the entirety of Jammu and Kashmir as part of their territory, but each rule it only in part. The two countries have also waged two wars over Kashmir.

Islamabad declared a diplomatic war against New Delhi after India stripped Jammu and Kashmir of its special status in early August 2019. India amended a temporary article in its constitution, which granted special status to the erstwhile state and bifurcated it into two federally administered territories.