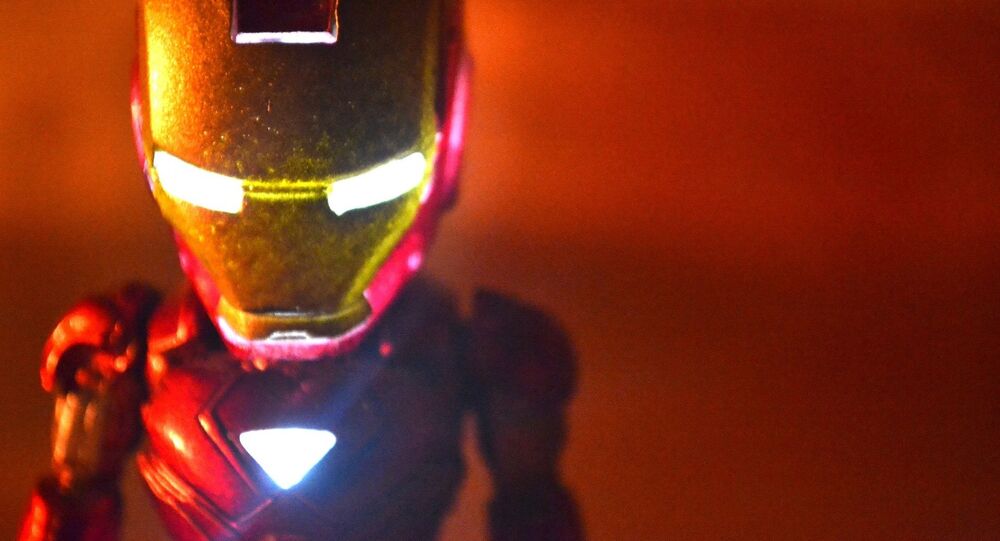 In 2008, American production company Marvel Studios launched a science-fiction film titled “Iron Man” with Hollywood superstar Robert Downey Jr. immortalizing the superhero on screen. With a $140 million budget, the blockbuster ended up grossing over $585 million at the box office while establishing a solid fan-base around the world.

This is a story of a teenager from India’s tinsel town Mumbai who hopes to attract Robert Downey Jr’s attention with something he created, inspired by the popular Iron Man movies.

Physics-enthusiast Shiven Dave, a 16-year-old student studying in Mumbai’s famous Jai Hind college calls himself a huge Iron Man fan. He says the kind of futuristic technology depicted in the movies will be a source of inspiration for generations to come.

Influenced by one of Iron Man’s famous gadgets in the films, Dave has created his own “Repulsor” – a forearm wearable weapon that can project energy into space.

“Iron Man used this gadget to repulse everything around him by generating a fire ball. l have tried to make this repulsor in real life. It took me years to find the right kind of gas that could ignite a flame and leave the combustion chamber looking like a fireball. I have created the body of the repulsor using household items and it cost me less than $5 to make the armor,” Dave told Sputnik.

The teenager claims that when the power of his gadget is set at 0.5 percent, it is capable of launching a metal can at a significant distance. At five percent power, the gadget is able to burn an iron can completely.

“If by any chance Robert Downey Jr. comes across my story, I just want to say ‘you are my inspiration. You make Iron Man’s character come to life and it is my wildest dream that you try out my Repulsor in real life’,” Dave added, with a hopeful chuckle.

Hoping to make his gadget more elegant in design by the end of September, the 16-year-old Mumbai boy is aiming to take his Iron Man-inspired Repulsor to tech competitions.

In the Iron Man trilogy, Robert Downey Jr. plays the role of a billionaire tech genius industrialist named Tony Stark who tests lethal weapons. Tony Stark is later kidnapped by terrorists who force him to build a devastating weapon. Instead of succumbing to the terrorists, Tony Stark builds an armored suit, defeats his captors and returns to America as Iron Man-the-Superhero to combat crime and terrorism.

India has the youngest population of millennials in the world, and the science-fiction genre attracts a huge fan following. While all of the superheroes like Super Man, Wonder Woman, Spider-Man and Batman enjoy a huge fandom in India, the iconic Iron Man has always had a special place for Marvel Fans in the country.

"My gadget is my testimony to the ever-so-alive craze of Robert Downey Jr.'s iconic character of Tony Stark/Iron Man even after seven years its last installment released," Dave added.