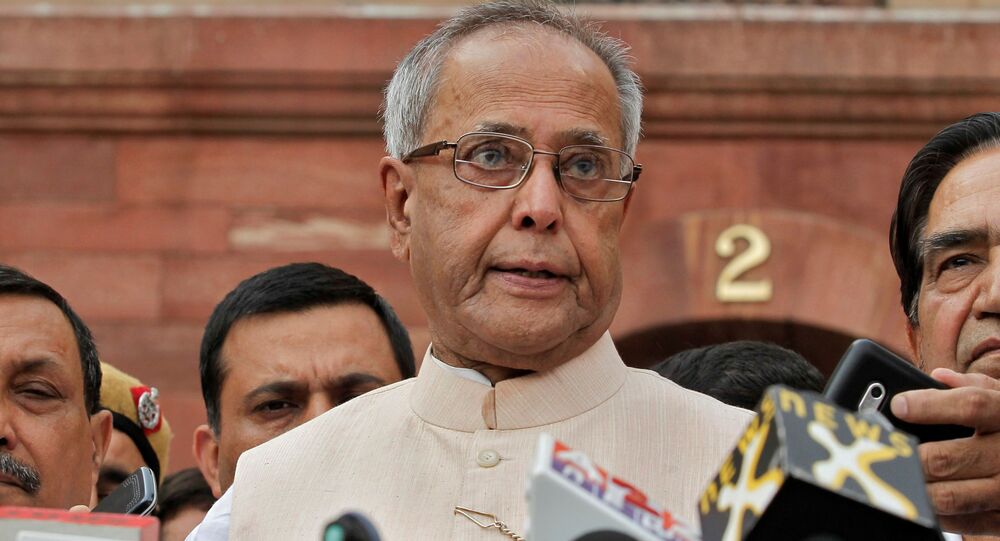 Former Indian President Pranab Mukherjee passed away in New Delhi on Monday. Mukherjee was admitted to a military hospital in the national capital for treatment of a brain clot on 10 August, but he slipped into coma after the surgery. Mukherjee also tested positive for COVID-19.

India gave a state funeral to its former President Pranab Mukheree on Tuesday in the national capital while maintaining COVID-19 protocols.

The last rites of the former President were performed at Delhi’s electric crematorium on Lodhi Road, with military honours. Soldiers in personal protection gear transported the casket in a hearse rather than conducting a gun carriage, as is the practice for state funerals.

The veteran politician had served as president between 2012 and 2017.

Before that, he served as a federal minister from the Congress party under three different prime ministers and served as finance, external affairs and defence minister.

Mukherjee liked being known as ‘Citizen Mukherjee’ after leaving office in 2017. In many ways, he had democratised the Rashtrapati Bhavan, the official residence of the President of India, following in the footprints of his predecessor, Dr. A.P.J. Abdul Kalam.

“He strongly believed that Rashtrapati Bhavan belongs to the nation and there should be greater participation by ordinary Indians in its activities. This is when regular tours for the public were started at the Rashtrapati Bhavan and its libraries and archives were opened to scholars,” Venu Rajamony, a career diplomat and former presidential press secretary, told an Indian daily.

Ambassador Rajamony, the Indian envoy to the Netherlands said that if Pranab Mukherjee had “become the Prime Minister and Dr. Manmohan Singh had moved to Rashtrapati Bhavan in 2012, political events post-2014 would perhaps have been very different”.