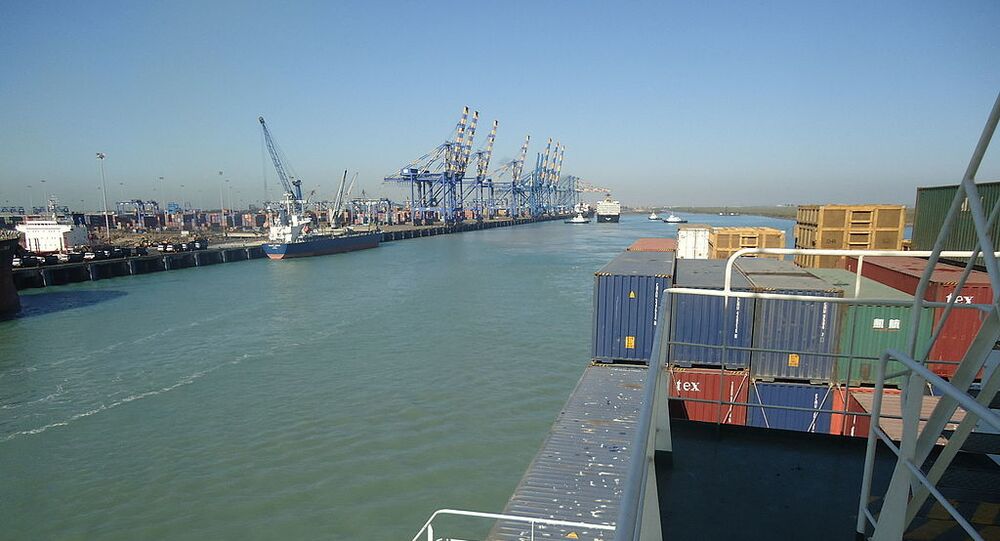 New Delhi (Sputnik): India's exports have been badly hit by the ongoing global pandemic with major economies in the world completely shutting down operations. According to Trade Ministry data, overall exports in April-July are estimated to be $141.82 billion, showing a negative growth of minus 21.99 percent over the same period in 2019.

A report prepared by the Indian government policy think tank NITI Aayog has revealed that Prime Minister Narendra Modi's home state of Gujarat is top-ranked on the export preparedness index.

With the focus on reviving the Indian economy, the federal government wanted to improve exports to increase the number of job opportunities by opening up new markets and entrepreneurial prospects.

New Delhi is looking at exports as the bulwark to "reduce the current account deficit and attract investments within the domestic manufacturing and services sectors", according to the report.

"How long shall we continue to export raw material to the world? How long will the process of exporting raw material and importing finished goods continue? So, we will have to be self-reliant,” suggested Prime Minister Modi in his national address country’s 74th Independence Day on 15 August.

"We will have to resort to value addition of our capabilities as per the world’s requirements", he added.

The annual report of India’s banking regulator, the Reserve Bank of India has also painted a gloomy picture of the country’s economy. It warned that economic revival of the country, post-lockdown would take "some time to mend and regain".

India's fiscal deficit (the difference between total income and total expenditure) in the first three months of the current financial year (April 2020-March 2021) stood at $88.26 billion. This was 83.2 percent of the budget estimates for the current fiscal year.

According to a report by the International Labour Organisation and the Asian Development Bank, as many as 4.1 million young people in the country lost jobs due to COVID-19, mostly in the farm and construction sectors.