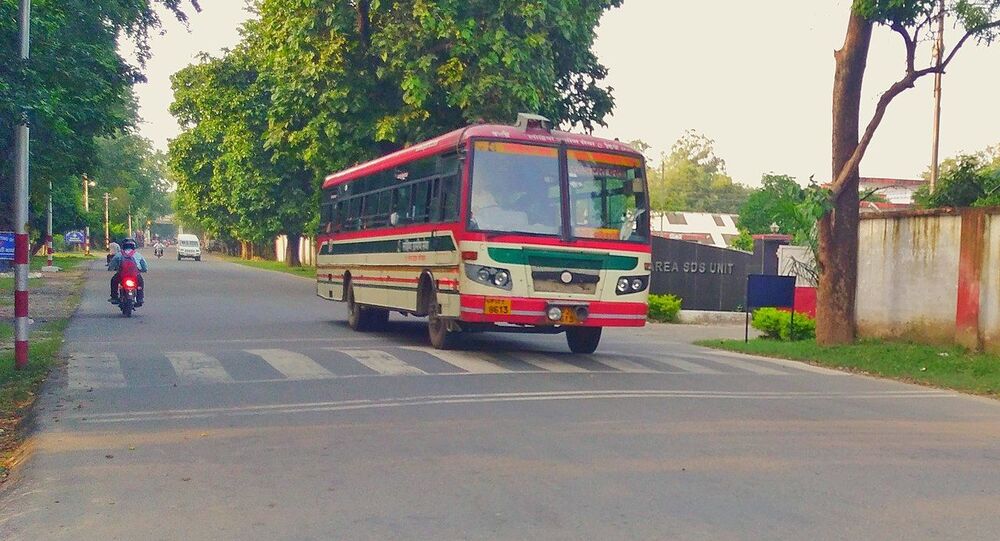 New Delhi( Sputnik): With as many as six abduction/kiddnaping cases reported in the last 45 days in India's Uttar Pradesh, Director General of Police, HC Awasthi has instructed district police chiefs to expedite investigations and ensure the safe recovery of victims.

A group of men, allegedly employees of a finance firm, hijacked a privately operated passenger bus in the Indian state of Uttar Pradesh on Wednesday morning, police have revealed.

According to the police, the bus was en route to Madhya Pradesh's Panna from Haryana's Gurugram when it was seized. There were 34 passengers on board the bus.

"A group of employees of the finance company forced the driver to stop the bus before seizing control of the vehicle in Agra", a senior police officer from Uttar Pradesh's Agra said.

The Uttar Pradesh state government in a statement said the financial company employ had illegally seized the bus. "The driver, staff, and passengers are safe".

Police sources said it has been learned that the EMI (equated monthly installment) payments of the bus were due to be cleared. "They called up the owner but he did not pick up the phone. So, they decided to take away the bus".

"Preliminary information reveals the bus has been taken away by the people from a finance company which had financed this bus. A case has been registered and police teams have been formed to search for the bus", Kumar told the media.