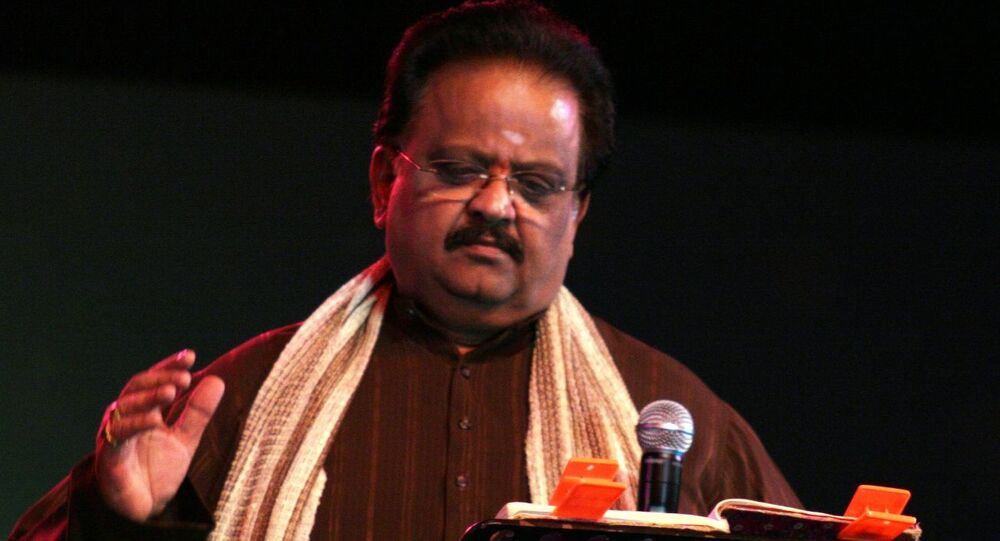 New Delhi (Sputnik): Hugely popular Indian playback singer S.P. Balasubramaniam was admitted to hospital in the southern city of Chennai on 5 August. The singer himself posted a video message on Facebook saying that he was feeling a little discomfort, like a cold and fever, and went to the hospital, where he tested positive for COVID-19.

Legendary Indian playback singer S.P. Balasubramaniam, who was admitted to a private hospital in the southern city of Chennai and was tested COVID-19-positive, has slipped into a critical state. According to hospital authorities, “there has been a setback” to the health of Balasubramaniam, who has been put on a life support system.

“In a late night development on 13th August, 2020 his condition had deteriorated and based on the advice of the expert medical team, he has been moved to the Intensive Care Unit (ICU), and he is on life support and his condition remains critical”, said a medical bulletin by MGH Healthcare, Chennai.

Hugely popular Balasubramaniam has sung over 40,000 songs in 16 Indian languages, including Hindi. He has also been a recipient of several national awards for singing, including the civilian award, Padma Bhushan.

Born in Nellore district of Andhra Pradesh, he is also a music director, actor, and film producer. Considered an all-time legend of Indian film music, SPB, as he is popularly known, lives with his family in Chennai.

'A Promise is a Promise': Bollywood's Abhishek Bachchan Beats COVID-19, Thanks Fans, Doctors