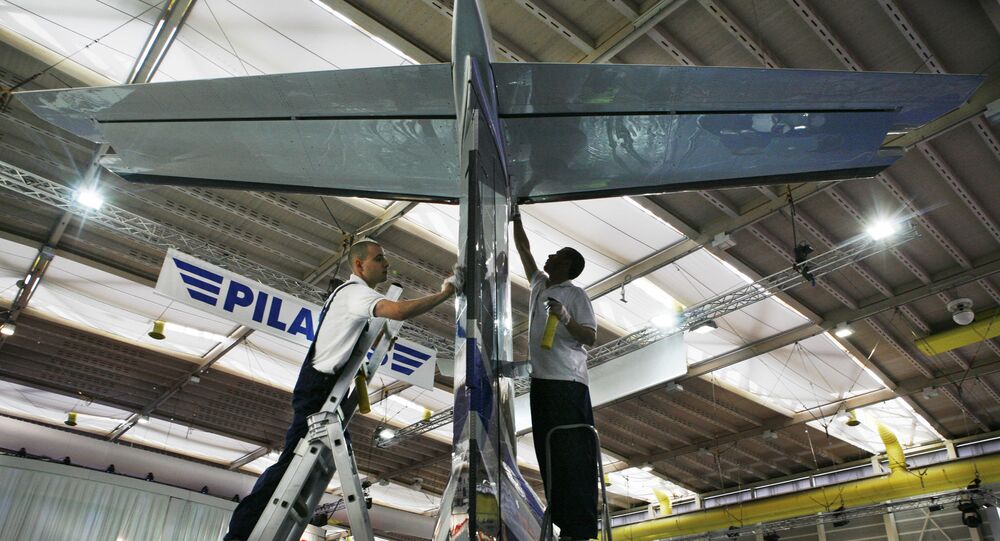 New Delhi (Sputnik): India’s top probe agency, the Central Bureau of Investigation (CBI) suspects that Swiss company Pilatus may have paid off officials in the defense ministry and air force via intermediary Sanjay Bhandari in order to secure a key contract back in 2009.

India's economic intelligence agency on Friday raided several premises across the country in connection with a money laundering case linked to alleged corruption in purchasing 75 Pilatus basic trainer aircraft for the Indian Air Force (IAF) in 2009.

Officials of the Enforcement Directorate (ED), the economic intelligence agency, said on Friday that a raid is being conducted at 14 premises across the country.

"The agency had filed a money laundering case to probe the deal and is carrying out the action to collect evidence under the Prevention of Money Laundering Act (PMLA)," the agency revealed in an official statement.

During the investigation, ED officials found that some officers of the Indian Air Force and the Defence Ministry were involved in the case.

A statement from India's Ministry of Defence in 2019 mentioned that “business dealings with Pilatus will remain suspended for one year or until further orders for violation of the integrity pact”.

It was alleged that Pilatus paid hefty kickbacks to some senior officials of the Indian Air Force and the Defense Ministry through an arms dealer Sanjay Bhandari, who managed to hoodwink authorities by fleeing to London.

According to the Indian government, Pilatus was asked by the Defence Ministry to explain payments it allegedly made but the Swiss company did not provide a satisfactory reply.