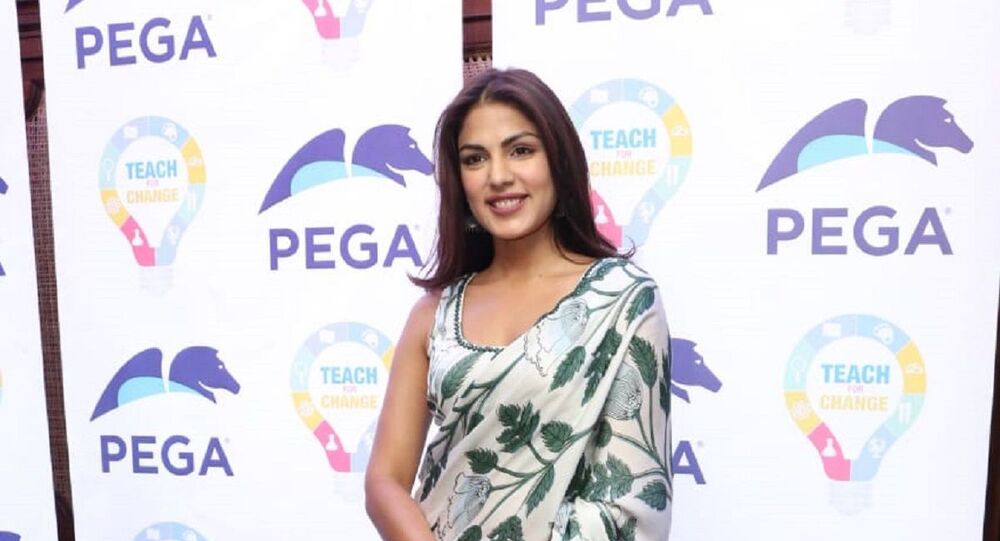 New Delhi (Sputnik): Earlier this week, actor Sushant Singh Rajput’s father filed a complaint with India’s Bihar police, alleging that several suspicious transfers from his son’s bank account were made while accusing Sushant’s girlfriend Rhea Chakraborty of being involved in his son's suicide.

Actress Rhea Chakraborty, who has been accused of financially benefiting from the death of her boyfriend Sushant Singh Rajput, has broken her silence. She has released a video stating that she holds a strong belief in God and the judiciary.

In the video, which is going going viral on social media, Rhea can be heard saying "I will get justice. Lots of horrible things are being said about me in electronic media, I refrain from commenting as the matter is sub judice. I have immense faith in God and in judiciary. Truth shall prevails"

The case was registered on the basis of the Bihar Police complaint. Investigators from the ED are believed to be set to  summon Rhea and others accused in the case to give evidence during the coming week.

The suicide of Sushant has left the entire country in a state of shock and resulted in widespread calls for a thorough investigation into his death.