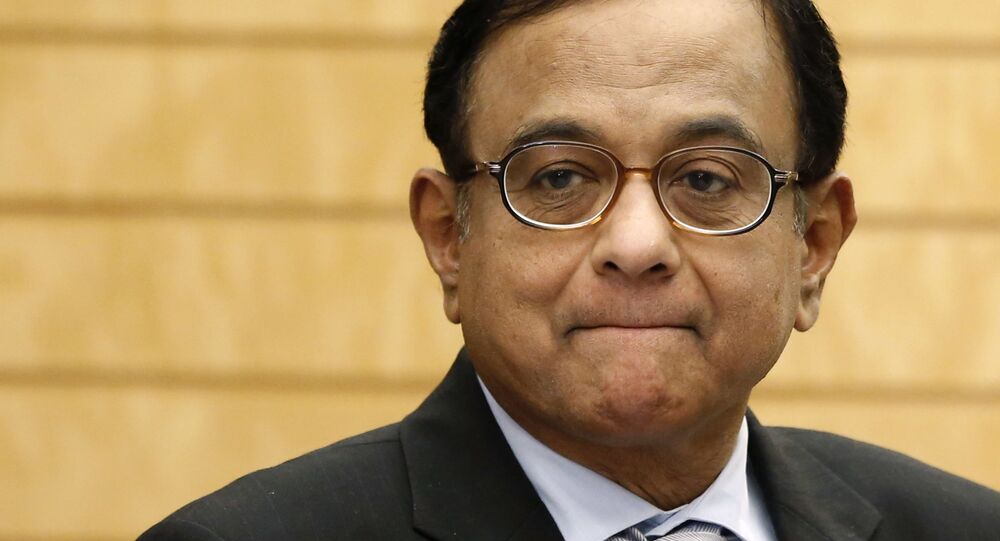 New Delhi (Sputnik): The Indian economy was slowing down even before the COVID-19 pandemic hit the country. From a high growth rate of over 8 percent in early 2018, the country's GDP growth fell to 3.1 percent in January – March 2020. For the financial year 2020-21, India is projected to face negative growth.

In a series of tweets on Thursday, Chidambaram wondered when Prime Minister Modi will "acknowledge his failure" and pointed out the severe stress being witnessed in sectors like aviation and telecoms.

In follow-up tweets, Chidambaram raised the issue of massive losses faced by several industries and the ensuing job crisis if key sectors like telecoms and aviation collapse.

Will the government realize that the aviation industry has suffered massive losses and every one of them will go the Air India way unless the government steps in with a rescue plan?

Millions have lost their jobs or livelihood in the last 12 months. The collapse of two major industries — telecom and aviation — will cost many more thousand direct and indirect jobs

While the aviation sector is facing the brunt of the COVID-19 pandemic, the telecoms sector is weighed down by $20 billion in statutory dues in the form of licence and spectrum fees that need to be paid to the government by telecom firms.

As an impact of the pandemic, a large amount of aviation capacity remains unused as international flight operations have not resumed and domestic operations are only carried out with severe restrictions.

India’s national carrier Air India has sent a section of staff on furlough for up to five years.

© Photo : Issei Kato
Wrong Decisions By BJP Govt Pulling India’s Economic Growth Down: Ex-FM P Chidambaram
Due to the pandemic’s impact, the Indian economy is expected to see a recession in the current financial year. The World Bank has projected a contraction of 3.2 percent, while the International Monetary Fund has predicted a 4.5 percent contraction.

The Indian government rolled out a $266 billion package in May to tide businesses and industries over the crisis, while the Reserve Bank of India pumped $126 billion of liquidity into the financial system.